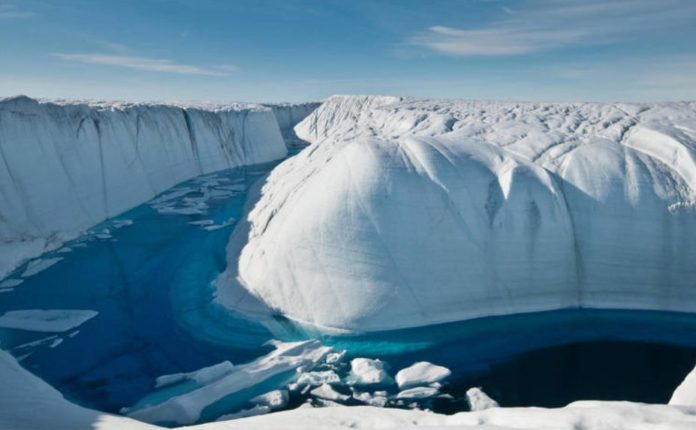 The ruins of a seawall on the coast of Israel 7,000 years ago reveals the oldest known structure built against rising sea levels

The study of the archaeological remains of an ancient wall built on the coast of Israel reveals that the Neolithic people tried to protect their homes from the rise of the Mediterranean Sea level 7,000 years ago. The investigation, published in the magazine PLOS ONE, explains that the seawall of Tel Hreiz, made of boulders from nearby rivers, came to be 100 meters long and could temporarily protect an old village, but was finally abandoned and flooded under the waters.

The authors of the work – which belong to the University of Haifa, the University of Flinders (Australia), the Israel Antiquities Authority and the Hebrew University – ensure that this coastal defence system located on the so-called Carmel Coast, Next to the current city of Haifa, it is the oldest found in the whole world. And they also believe that it provides new knowledge about human responses to a threat as current as of the rise of the oceans.

Mediterranean populations experienced at this time an increase in sea level between 4 and 7 millimetres a year, which could mean about 70 centimetres in a century. “This rate of increase translates primarily into the fact that the frequency of destructive storms that would damage the village would have increased significantly,” says Ehud Galili of the Zinman Institute of Archeology at the University of Haifa in a press release.

The settlement could have several centuries of life. Initially, the town was safe, about three meters above sea level, but the progressive approach of the waters began to be a threat to the houses and “required a human response that involved the construction of a protection wall coastal similar to what we are seeing now in other parts of the world,” says the author.

In fact, researchers compare the situation with what is happening now in Jakarta (Indonesia), a city that is suffering from floods so severe that the country’s authorities have decided to start building a new capital.

What was happening 7,000 years ago for this situation to occur? You know very well the answer Francisco Sierro, researcher of the Group of Ocean Geosciences of the University of Salamanca, who studies climate changes of the past and, in particular, how they affected the seas. “That climb is due to the thaw that came after the last glaciation. The Last Glacial Maximum was produced 21,000 years ago, the largest ice extent of that period. The deglaciation came between 19,000 and 6,000 years ago, when the level stabilizes so far,” he says.

The oceans around the world increased due to the melting of the ice of Antarctica, but especially of the enormous ice caps that were in northern Europe and North America. “On Scandinavia, there was an ice mountain up to three kilometres thick. It all began to thaw 19,000 years ago and ended up at sea, which raised its level,” he says.

With respect to the increase that affected the small Israeli town of this archaeological investigation, the meteorologist and disseminator José Miguel Viñas makes a more precise interpretation: “The increase of about 7,000 years ago, in the Neolithic, is thought to have been caused by a large eviction of meltwater into the sea that took place from the gigantic lake Agassiz, which at that time occupied the Great Lakes region, covered by a thick layer of ice during the last glaciation. The global rise in the sea level was very rapid and in an almost closed basin such as the Mediterranean one, it had a great impact on the coasts,” he points out.

One centimeter per year

Within the same defrosting period there are different phases. From 11,700 years ago to about 6,000 years ago, the increase in the level in all the oceans was 60 meters in all the oceans. “The Mediterranean was affected by the global increase,” says Sierro, “the average rate of rising is one centimetre per year.”

If we go back further, until the Last Maximum Glacier, the sea level was up to 125 meters below the current one, to such an extent that the Black Sea and the Mediterranean had disconnected and the English Channel did not exist. Current France and England were united by land.

In these time scales, which cover thousands of years, the known sea-level variations are always due to the accumulation of ice on the continents (which causes a decrease in sea level) or to subsequent thaw (which causes it to rise). Although the sea level may also vary for tectonic reasons, due to the emergence of new lands due to volcanism or the collapse of existing ones, the effects of these phenomena are slower and more limited.

The question that this archaeological finding leaves on the table is whether we can learn something from the past. “To the extent that it is known the magnitude that some rise in the sea had in the past and some of the impacts that it had, an estimate can be made of how a rise in the sea level of similar magnitude,” says Viñas.

“The great ascents of the past that happened quickly, like this one 7,000 years ago. They impacted very negatively in the coastal places occupied at that time, which in some cases came to condition those societies, forcing important migratory movements and the creation of constructions as a measure of adaptation and protection,” he points out.

According to Sierro, this study is “beautiful and interesting, because it tells us that we have had to fight against this type of event before,” but we have to take into account some differences. First, “the means we have are much better.” In addition, “the rates of rising caused by the current climate change are not so drastic, at the moment, although it is possible that in the future if we do not control the warming, they are even exceeded.”

Finally, the current scenario is different, because there are no ice caps similar to those of the last glaciation. “Considering all the ice on Earth today, which is mostly in Antarctica, if it were completely thawed, the sea level would rise 67 meters and, in any case, it would occur over thousands of years,” he says.

A Genevan creates a mathematical language

Scientists find new violations that pass through the prefrontal and parietal...