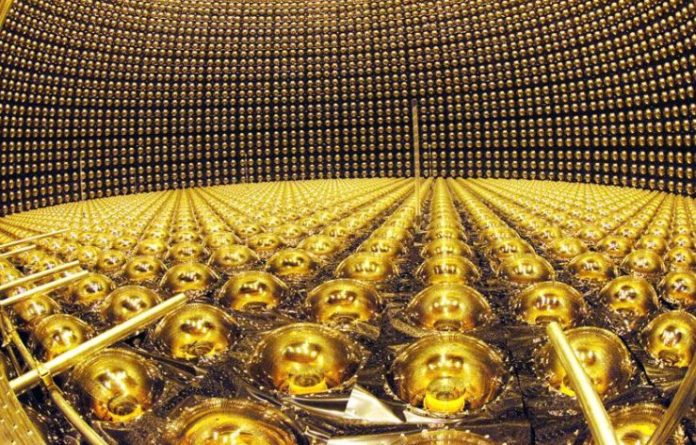 The Japanese government committee finally approved the allocation of funds for the construction of the Hyper-Kamiokande experiment, the largest neutrino observatory. The working body of the detector will consist of 260 thousand tons of ultrapure water, which is five times more than the existing Super-Kamiokande installation. In addition to studying neutrinos, one of the main goals of the new device will be the search for proton decay, writes the journal Nature.

Neutrinos are the lightest particles of the Standard Model with non-zero mass. They belong to the class of leptons and, like its other representatives, exist in three forms (generations). It is extremely difficult to register neutrinos since they participate only in weak and gravitational interactions. However, due to the low mass, in fact, only some nuclear reactions allow them to be fixed. At the same time, physicists have high hopes for the study of neutrinos in terms of advancement in the fundamental understanding of nature, since some of the discovered properties of these particles were not predicted by theorists.

There are many neutrino observatories in the world. As a rule, they are arranged as follows: the working body is taken of a large volume and high homogeneity, and numerous surrounding detectors (photomultipliers) fix traces of rare neutrinos interactions with nuclei. Ice, water (both in natural and artificial reservoirs) and other substances such as argon or xenon can act as a working body. At the moment, the largest neutrino observatory is IceCube at the South Pole, which uses a cubic kilometre of natural ice as a working fluid.

On December 13, the Japanese government approved a project to build a new Hyper-Kamiokande plant in the state. Japan has been actively involved in neutrino research for a long time: the Super-Kamiokande facility is operating in the country, and one of the recipients of the Nobel Prize in physics “for discovering neutrino oscillations showing that neutrinos have mass” in 2015 was Japanese Takaaki Kajita.

The government has not yet officially announced the allocation of money, but scientists interviewed by Nature magazine have confirmed that the allocation of the first amount of 3.5 billion yen (approximately $ 32 million) has been agreed. This money will be used to prepare for the construction, the beginning of which is scheduled for April 2020. The decision should be supported by the parliament, which will consider this issue within the next month.

Hyper-Kamiokande will be located underground next to the Kamioka mine, which is located near the city of Hida. The underground structure will be several times larger than the Super-Kamiokande, which will allow recording many more events. The neutrino sources that the detector will be able to detect include the Sun, cosmic rays, supernova explosions, quasars, and specially directed beams from particle accelerators and nuclear reactors.

A separate scientific task for Hyper-Kamiokande will be the search for proton decay. According to the Standard Model of Particle Physics, a proton is a stable particle, but in many generalizations of this concept, a proton can decay. In particular, many variants of the Great Unification Theory (which simultaneously describes nuclear forces and electromagnetism) must have magnetic monopoles that will catalyze the decay of protons. The corresponding process was first described by the Russian physicist Valery Rubakov. At the moment, the decay of the proton is not registered, there are only upper limits to its life that exceed the current age of the Universe.

The total construction cost of Hyper-Kamiokande is estimated at 64.9 billion yen (approximately $ 600 million), and another 7.3 billion yen will be needed to modernize the J-PARC particle accelerator located 300 kilometres away – this facility is used as an artificial source of neutrinos. Japan will finance three-quarters of the project, and the rest will be taken over by other countries whose final list has not yet been formed.

Hyper-Kamiokande will be one of three new generation neutrino observatories that will be launched in the 2020s. Also in 2025, it is expected to launch the DUNE experiment in the USA, and in 2021 – JUNO in China.

The ancient blue-eyed hunter-gatherer was identified by chewing gum

Scientists find new violations that pass through the prefrontal and parietal...

Near Luxor, found the first industrial zone of ancient Egypt