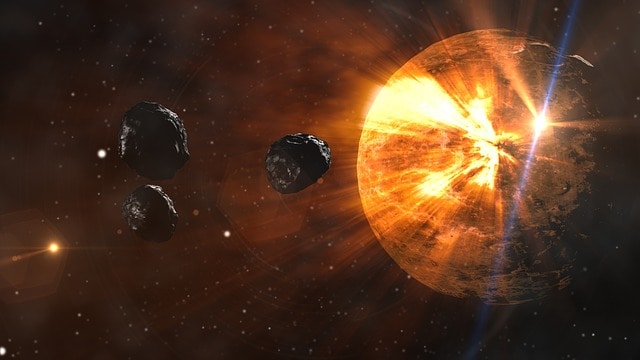 It was the year 1998 when the United States Congress asked NASA to find at least 90% of asteroids near Earth of 142 meters in diameter by 2020. It is not a trivial figure, but it is enough for a Asteroid of this size can wreak havoc on a city after impact. However, we are close to the deadline and progress is far from being established.

So far, 25% of the dangerous asteroids near our planet have been found (although none poses an immediate threat), so NASA has got to work with a new mission: Near-Earth Object Surveillance. For this, NASA will use a new 50-centimeter telescope equipped with an infrared detector that will be placed in orbit based on NEOCam.

The telescope, to space

They comment from NASA that this infrared observatory located in space could be launched at almost any time of the year (when ready, of course), which will operate in the Sun-Earth L1 orbit and that its mission will have a useful life of 12 years. This telescope could be attached to the Falcon 9 of SpaceX or the Atlas 401, so its weight should not exceed 2,500 kilos.

The observatory has a 50-centimeter telescope capable of detecting infrared waves between 4 and 10 micrometers. It has a passive cooling system and the instrument to detect moving objects is so simple that it has no moving parts, except for the opening hatch. The weight of this instrument is less than 400 kilos and its consumption does not exceed 60 watts.

This project adds to the current planetary defense systems, so we have the NEOWISE , DART and NEO Surveillance Mission. However, NEOWISE is expected to reach its maximum bearable temperature by summer 2020 and finish its mission, which is why it has been in hibernation since 2013. NASA is confident that NEO Surveillance will help analyze the chances of a dangerous asteroid (142 meters in diameter) impact on the plant in the next 100 years.

In the words of Bill Nye, CEO of The Planetary Society, “this may be NASA’s most important investment. The early detection and deviation of an asteroid in the process of collision with the Earth could save countless lives. A space telescope asteroid hunting will better equip the world to be prepared for possible threats.” And it is not a “small” investment, but to build the telescope will cost 600 million dollars, launch vehicle included.

The project is now in the hands of Congress, which must approve the funds to carry out the mission. The first base was completed in March of this year and the second phase will be extended until not before 2025, so there is still to see this observatory in operation.

The polymeric material was forced to bend behind a ray of...

‘Battle Dance’ proved to be the most effective weapon of Meerkats