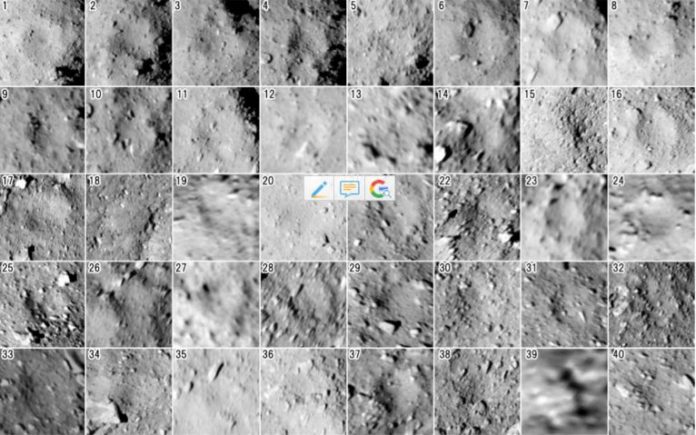 Astronomers compiled a global catalogue of craters on the Ryugu asteroid, which made it possible to establish the geological age of different parts of its surface. It turned out that the two hemispheres of the asteroid formed at different times, and there were at least two periods when the Ryugu rotation speed increased significantly.

Near-Earth asteroid (162173) Ryugu – the object of study of the interplanetary station “Hayabusa-2” – has a very unusual shape, similar to a spinning top, and also has an abundance of craters on the surface and low bulk density of the body. This suggests that the asteroid was formed from smaller fragments in its apparently turbulent geological past, and also collided with other bodies.

Understanding the process of formation and further evolution of an asteroid can help to map its surface — along with future studies of soil samples that are now returning to Earth. A group of astronomers led by Naoyuki Hirata decided to create a global catalogue of all the craters in Ryuga using 340 asteroid surface images taken with the Hayabusa-2 ONC-T on-board camera for this purpose from July 2018 to February 2019. Scientists analyzed the spatial distribution of craters in Ryuga and their sizes to roughly estimate the age of different areas on the asteroid.

As a result, it was possible to find on the asteroid all impact craters with diameters from 10 to 20 meters: there were 77 of them. At the same time, there is a pattern in their distribution: in the eastern hemisphere, near the main meridian, the largest number of craters were found, but in the western hemisphere hemispheres have almost no craters. This suggests that the two hemispheres of the asteroid formed at different times, in particular, that the Western Hemisphere is geologically younger. Very few craters have been found in the polar regions of Ryugu, and there are more craters at lower latitudes – this is well correlated with adjustment processes surface layer in the past.

Dating of different areas on Ryugu also revealed that the equatorial ridge, located in the eastern hemisphere, was formed in the distant past when the rotation period the asteroid was about three hours, and other data confirm this. If we take into account that the two hemispheres of Ryugu formed in different periods of the asteroid’s life, it turns out that there were at least two periods when the speed of Ryugu’s rotation is strongly Increased.

The results of the Galaxy Zoo project force us to revise...