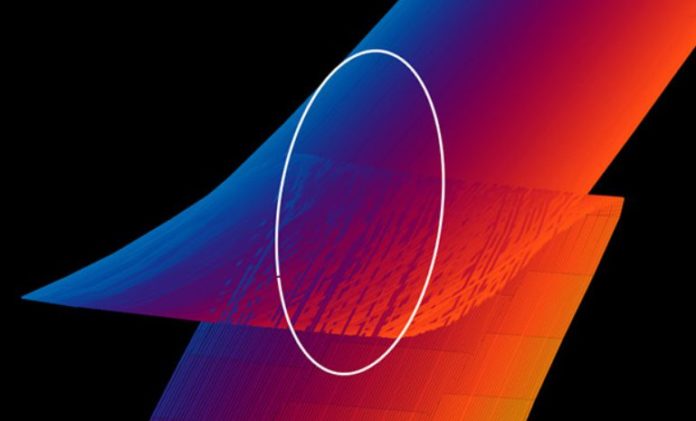 Astronomers have discovered a wide binary system of a bright star and an invisible massive object. According to modern concepts of companions, in this case can be only a black hole, which should be heavier than the Sun about 68 times. This makes it the largest known group of such objects, the mass of which is comparable to stellar.

Black holes are objects with such great gravity that nobody can move away from their immediate surroundings to infinity, even light. From the point of view of observation, there are three main types of such objects: black holes of stellar masses, intermediate masses and supermassive ones.

This classification reflects different formation mechanisms and different manifestations. In particular, all known until recently black holes of stellar masses (in addition to those recorded by gravitational waves) were discovered in X-ray binaries. In such systems, the substance of an ordinary star flows to a compact object, while heating up to millions of degrees and emitting high-energy radiation.

At the moment, all the black holes of stellar masses known in the Milky Way are no more than 20 times heavier than the Sun. This is in good agreement with the theory of stellar evolution, which describes the birth of such objects as a result of supernova explosions. At the same time, models predict that extremely heavy stars should end their lives in the form of paired unstable supernovae, after the explosions of which there is no compact object.

A team of Astronomers led by Liu Jifeng used a new way to search for black holes and discovered an object with a mass of about 68 solars in our galaxy. The authors used the radial velocity method, which is usually sought for exoplanets. To detect a body with its help, it is necessary to fix the periodic displacements of lines in the spectrum of a star, from which one can calculate the orbital and physical parameters of an invisible companion.

The search took place as part of a long-term spectroscopic binary observation program with the Chinese LAMOST telescope. In total, about 3,000 sources were studied in the direction of the anti centre of the Milky Way. One of the stars in this field, LB-1, showed periodic radial velocity variations, which were then independently confirmed by observations with other telescopes.

Accurate spectroscopic data made it possible to determine the parameters of the star with high accuracy. Its surface temperature is about 18,100 kelvin, the logarithm of gravity is 3.43, the mass is 8.2 solar, and the distance is 4.23 kiloparsecs. In its radiation, regular line shifts were found from periods of 78.3 days, which correspond to an amplitude of radial velocity of 52.8 kilometers per second.

This data is not sufficient to determine the mass of the companion since the angle of inclination of the plane of the orbit of the system relative to the line of sight is unknown. However, even in the case of a right angle, a mass of 6 solar is obtained, which already unambiguously classifies the object as a black hole. However, researchers have shown that the observed luminescence from the source in the H line α may not be associated with the visible star, disc or around the background object, because its width is 300 kilometers per second. Therefore, this radiation is associated with the disk around the black hole, which allows you to independently determine its mass, which corresponds to 68 solar with errors of about 12. It also allows you to determine the angle of inclination, which in this case is 15-18 degrees.

The object detected is exceptional in several ways. First, this is the heaviest directly discovered black hole in stellar masses. Secondly, it is part of the widest known double with a black hole in the composition, which is why it is not visible as an X-ray source. Thirdly, its mass is approximately two times higher than the limiting initial mass for black holes formed as a result of supernova explosions.

The restriction on the maximum mass of a black hole strongly depends on the metallicity of the original star, i.e., on the concentration of elements heavier than helium in it. However, LB-1 in this indicator corresponds to the Sun, from which approximately the same metallicity can be expected for the star-predecessor of the discovered black hole. In this case, at the time of formation, it should not have been heavier than 25 solar masses.

The authors suggest several possible scenarios for the formation of such an object. This black hole could have arisen after a hole with an allowed mass hit a large star about 60 times heavier than the sun. In this case, a significant proportion of the substance may be below the event horizon. Also, such an object could be formed after the merger of a pair of black holes that appeared after supernova explosions. In this case, the studied system should have initially been triple with a pair of very massive stars in close orbit. The authors do not exclude that this object can theoretically still be a very close system of two black holes with masses of about 35 solars.

The brain of boys and girls turned out to be equally...

Armageddon 2027: Is there any salvation from asteroids?

We have been trying to “create” rain for years: sounds like...