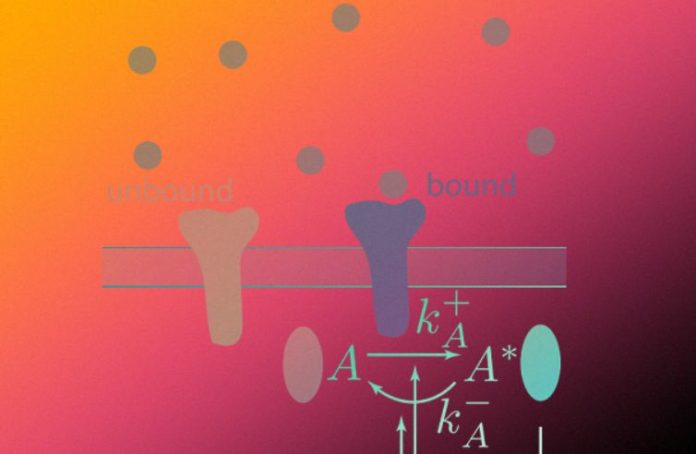 To survive in a volatile environment, single-celled organisms have learned to respond to external stimuli. For example, the infusoria shoe feels that it has swum into an area with a high concentration of salt, and is trying to escape to less salty edges. Obviously, the cell recognizes the impurities of chemical compounds using receptors located on its surface. However, scientists still have a poor understanding of how exactly molecules of substances bind to receptors.

For a long time, researchers believed that the response of the receptor depends only on the average concentration of the irritant substance, but recently biologists have found that in reality cells also feel rapid changes in concentration over time. In particular, additional temporal information helps the cell to more accurately assess the concentration of important substances contaminated with similar impurities and reduce the number of different species Receptors. Without this information, micro-borders could not move through complex environments in which the concentration of substances changes with a characteristic time of a few seconds. Unfortunately, all theoretical models dedicated to the binding of receptors and molecules of stimuli miss such changes because they consider the concentration of stimuli permanent (or at least predictable, for example, linearly growing over time). Therefore, predictions of such models can only be applied in a limited number of cases.

Physicists Thierry Mora and Ilya Nemenman have built the first theoretical model that describes the receptor response to the temporary oscillations of the irritant concentration. To apply techniques from other areas of physics, the scientists moved from variable concentration to variable field associated with the concentration of exposure ( c ( t ) = c 0 e −φ ( t ) ). Considering that the receptor is a flat homogeneous circle located on the surface of the cell, the researchers estimated the rate of binding ligands to the receptor. In addition, the scientists hypothesized that field changes are random wanderings over time with a fixed time scale. In the future, physicists assessed at what minimum scale the cell is still able to feel the fluctuations of concentration.

In the framework of the proposed approach, scientists calculated the probability that the concentration follows a certain function of time, suggested that the receptor binds to molecules at given times, and calculated the posterior probabilities that a particular concentration profile is realized. For simplicity, physicists believed that after binding, the molecules immediately fall off the receptor. Researchers then attempted to predict the probabilities for future concentration distributions based on data collected over a period of time. As a result, scientists have obtained a complex nonlinear equation. To solve this equation, the researchers substituted Gaussian ansatz into it – a probability distribution, which depends on the average value of the field and its dispersion. As a result, scientists obtained a system of two differential equations of the first order. Solving this system, physicists estimated the absolute error with which the proposed model predicts a variable field profile.

Assuming that the rate of binding of the receptor with the stimuli molecules is greater than the characteristic time of its concentration oscillation, the scientists found a relative error with which molecule assesses the concentration of molecules. It turned out that it is inversely proportional to the root of the fourth degree from the concentration and speed of binding. This score is perfectly consistent with the numerical simulation scan performed in the same approximations. At the same time, in a standard model that considers concentration to be constant, the relative error is inversely proportional to the square root of the degree of concentration and speed Link. In other words, the refined model shows that the cell senses much weaker stimuli that occur in highly diluted solutions.

Finally, physicists applied the constructed model to a plausible biological system – a biochemical network that describes the transmission of signals within the cell. In this case, scientists also received a similar assessment of cell sensitivity, which coincided with the results of numerical simulation.

Asteroid dust may have plunged Earth into an ice age millions...