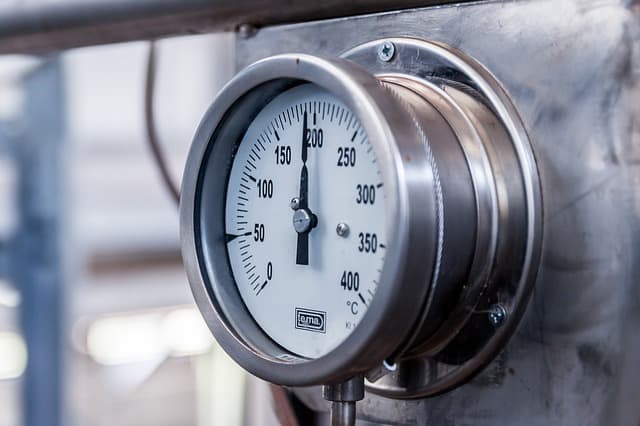 For the first time, scientists were able to determine gas pressure by measuring the electrical capacity of the capacitor is filled with. This method refers to primary methods and will independently verify the readings of standard deadweight testers with high accuracy.

Physical quantities can be measured in various ways. Some allow you to immediately get an estimate of the desired value – such methods are called direct, but they do not exist for all quantities and, as a rule, have significant limitations. Therefore, indirect measurements are usually carried out, in which an auxiliary quantity is directly determined, which then allows you to calculate the desired one.

The process of recalculation as part of an indirect measurement can also take place in different ways. In some situations, measuring instruments must be calibrated, that is, correlate their readings with the measurements of other instruments. In this case, the accuracy of the measurement by such devices could not be better than that of the reference device with which the comparison took place.

However, there are cases when you can do without calibration – then they talk about the primary measurement method. Its accuracy is based on uncertainties in other quantities used and the values ​​of physical constants. The use of several high-precision primary methods of various kinds for measuring a single quantity allows a reliable estimate.

Currently, the standard method for measuring pressure in the field of precision metrology is mechanical – based on deadweight testers. It consists in balancing the gas pressure from the bottom of the piston with the weight of a load of known mass. Thus, it is possible to obtain data with a relative accuracy of one millionth up to a pressure of seven megapascals. However, above 0.1 megapascal, there is no other primary method that would help to verify readings and look for sources of systematic errors, which is necessary to expand the range covered.

The method proposed by physicists from the Physikalisch-Technische Bundesanstalt Institut Berlin in Germany with the participation of Christof Gaiser just covers this niche: it was the first to realize the primary pressure measurement method in the gas based on the electric capacity – the first time to measure the pressure in this way proposed 20 years ago.

The method itself is based on a predictable change in the parameters of the capacitor when it is filled with helium, since the gas pressure deforms the device, and it itself has dielectric properties. The practical implementation of this idea was impossible, since there were no sufficiently stable capacitors, and the helium parameters calculated theoretically from the first principles were not known with sufficient accuracy. Also, the dielectric constant of helium is very small, which further complicates the situation.

These problems have been resolved in the framework of the development of new standards for the values ​​of the SI system (in particular, kelvin) over the past years. This made it possible to compare the readings of the two methods, which showed the same values ​​at pressures up to 7 megapascals with an accuracy of 5 ppm.

From the point of view of metrology, this method is very important: this is the only primary method that can be used to check the indications of a standard deadweight tester in the range from 0.1 to 7 megapascals with an accuracy of several millionths. The authors note that the installation they created is too complicated for mass measurements. It could be greatly simplified if gas with a higher dielectric constant was used. Neon and argon have suitable values, but the theoretical values ​​of their properties are still not well known for measurements with errors at the level of units of parts per million.

Meteorological station set on Everest at a record height of 8430...

“Eternal” polystyrene decomposes under the influence of sunlight