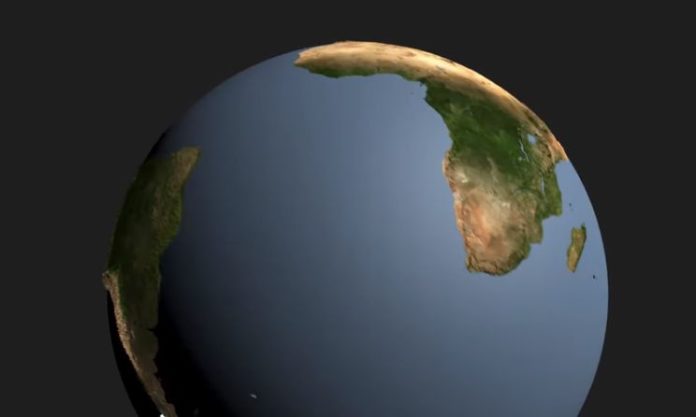 “There were many attempts to probe Denman’s bed, but they couldn’t see it on radar data. Older maps suggested a shallow canyon, but something was missing.”

An incredible discovery made by a team of scientists from NASA and the University of California (USA ). For years, they have been working on a thorough mapping of Antarctica, with the aim of getting to know what exactly it is under the icy surface and, the truth is that they have taken a big surprise: not in vain, they have discovered the deepest point on Earth not covered by water, more than 3,500 meters below sea level.

It is well known that the deepest place on our planet is in the Mariana Trench, whose bottom reaches 10,994 meters deep. But have you ever wondered what is the deepest place on Earth that is not submerged? The answer is simple: the Dead Sea, whose shore is located at -430 meters. What no one could expect is that, in such an explored world, we could refute that claim.

It all started with NASA’s ‘Making Earth System Data Records’ program, with which the objective was none other than to achieve the best topographic mapping ever made of our planet. And, within that project, is ‘BedMachine Antarctica’, based on the measurements made in the frozen continent, where a great surprise appeared: an unknown land cannon of more than 3.5 kilometres deep.

Or, in other words, the experts had just found the deepest place on Earth not covered by water, exceeding the surface that historically had that honor by more than three kilometres. On many occasions, aerial studies on Antarctica had been carried out, but the radar used had not been able to take these exact measurements. Now, in the middle of the Denman Glacier, one of the natural wonders of the Earth has been found.

“There have been many attempts to probe Denman’s bed, but every time they flew over the canyon, they couldn’t see it on radar data. The channel is so ingrained that you get side echoes from the valley walls and make it impossible to detect the reflection of the real bed of the glacier The oldest maps suggested a shallow canyon, but that was not possible, something was missing, “confirmed Mathieu Morlighem, one of the experts who has done this work.

This mapping has not only served to prove that the bed under the ice is much deeper than previously thought, but it has also helped them to understand the risk that some of these areas run as a result of climate change. Now, the objective of this scientific team is to continue with the millimetre mapping of our planet, with the idea of ​​being able to perform the same measurements in all the oceans of the Earth to know them perfectly.

Lithium-metal batteries: are we at the turning point?

Californian cougars turn out to have three times more mercury than...

Eye movements reveal the most significant parts of the female breast

Scientists find a new approach to create a 4D visualization in...