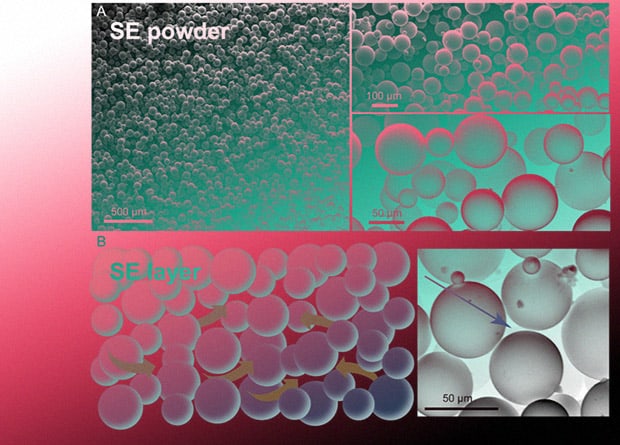 American researchers have developed a system for the direct electrochemical synthesis of a solution of hydrogen peroxide with a concentration of up to 20 percent from hydrogen and oxygen. Using an electrochemical cell from a platinum-carbon anode, a cathode of carbon black and a solid electrolyte between them were able to separately oxidize hydrogen and restore oxygen, after which ions in the solid electrolyte formed hydrogen peroxide. The resulting solution turned out to be of sufficient purity to be used directly from the device.

To date, in the world, hydrogen peroxide is mainly produced by the indirect and very energy-consuming anthraquinone method. The technology includes many expensive purification and distillation steps necessary to obtain solutions that are commercially viable. Moreover, hydrogen peroxide is very unstable and can explode, which makes it dangerous for storage and transportation.

Many researchers are trying to create technologies for the direct synthesis of peroxide from oxygen and hydrogen. Previously, they even even developed a similar method for efficient production on an industrial scale, but a mixture of these gases, which must be under high pressure, can spontaneously ignite and explode.

Chuan Xia (Chuan Xia) with Rice University colleagues have suggested to divide the gas stream to oxidize hydrogen to protons, reduce oxygen to HO 2– in the presence of water, and only then combine the streams in the pores of the solid electrolyte, is capable of passing ions, whereby formed solution hydrogen peroxide.

The researchers selected a highly efficient and selective platinum-carbon catalyst as the material of the anode, and used a cheap but effective carbon black oxidized with nitric acid to reduce oxygen at the cathode.

The cathode turned out to be selective enough to ensure the recovery of only oxygen; molecular hydrogen was not formed on this electrode. All of the tested inorganic and organic solid electrolytes turned out to be comparable in efficiency with the usual aqueous solutions of electrolytes.

By adjusting the rate of formation of HO2– anions or water flow, the authors obtained pure peroxide solutions with concentrations from hundreds of ppm (ppm) to twenty eight percent. However, increasing the desired concentration, the selectivity of oxygen reduction decreased. According to the researchers, this happened due to a shift in chemical equilibrium, it became energetically more profitable for the system to form water.

The device was able to work without stopping for 100 hours; during all the time, neither the selectivity nor the activity of the catalysts deteriorated. In addition to durability, it turned out to be low-cost in energy. Only 0.61 volts were needed to ensure the production of 130 grams of peroxide per gram of catalyst per hour. And the concentrations of substances that could get into the solution from the materials of the device (iron, sodium, sulfur, platinum) were low enough so that the resulting peroxide could be used immediately, without purification.

To reduce the cost of the process, the authors proposed to obtain protons not from pure hydrogen, but by oxidation of water, and to supply air rather than pure oxygen to the cathode. For the operation of such a system, it was necessary to apply a higher voltage (almost three volts), but the selectivity of peroxide formation was preserved, with the formation of a stream of almost 85 grams of peroxide per gram of catalyst per hour.

To demonstrate the applicability of the device, the authors purified peroxide rainwater from organic substances to concentrations established by the standards. According to the researchers, purifying water with this method is much safer than chlorine, since toxic substances can form during chlorination.

Recently, scientists have discovered that hydrogen peroxide can form spontaneously on the surface of small drops of water.

2I / Borisov is the official name of the first interstellar...

Astronomers saw the birth of strontium in space

Lightning as a trigger: MIT Thinks That Life On Earth Is...