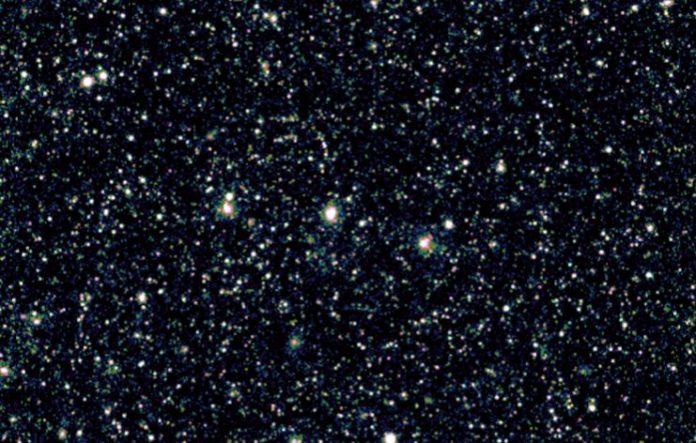 The main four-year observation programme of the Spectrum-RG Orbital X-ray observatory, which is to conduct a survey of the entire sky, has begun. On December 8, the spacecraft started rotation around its axis, thus taking a test survey along a large circle in the celestial sphere, according to the mission’s website.

The Russian-German Observatory “Spectrum-RG” was launched from the Baikonur kosmodrom on July 13, 2019. Onboard there are two scientific instruments – the Russian telescope the ART-XC and the German eRosita telescopes. The main scientific task of the device will be to conduct the most in-depth survey of the entire sky.

The device successfully reached the target orbit around the libration point L2 at a distance of one and a half million kilometres from the Earth. Being on it, it will rotate around its axis directed towards the Earth, gradually scanning the celestial sphere. Due to a change in the orbit orientation of relatively distant stars, along with the movement of the Earth around the Sun, the ART-XC and eROSITA telescopes will review the map of the entire sky every six months with a record sensitivity for the X-ray range.

Thus, in four years of calculating operation of the device, it will be able to get eight independent sky maps. This data will make it possible to achieve record sensitivity and detect about three million active nuclei of galaxies and quasars, a hundred thousand clusters and groups of galaxies, as well as about half a million active stars, white dwarfs, pulsars and remnants of supernova explosions, neutron stars and black holes in our galaxy. Comparing individual maps of the sky will allow astrophysicists to monitor the variability of millions of X-ray sources in the sky.

The beginning of the sky survey was preceded by work on setting up and calibrating two telescopes. They were completed with verification tests in which the observatory’s telescopes were used in real observations of astrophysical objects. In particular, as part of this part of the preparation, there were areas of the Milky Way disk (the X-ray ridge of the galaxy) and the Lokman hole, in the direction of which the smallest is located amount of neutral hydrogen, which provides an exceptionally low absorption rate in many ranges, including X-rays.

A map of a section of the galaxy’s ridge measuring about 25 square degrees, obtained by the eROSITA telescope in October 2019, shows numerous X-ray sources, as located in the Milky Way, and quasars, which are at great distances from us. In the disk of our system, there are many interesting objects for science, such as clusters of young stars, actively radiating in X-rays, and low-mass stars with active corona emitted thousands of times more in X-rays.

The map shows pulsars – rapidly rotating magnetized neutron stars, the remnants of supernova explosions in which shock waves shine when collisions of the shells released by a dead star collide with the surrounding interstellar medium. Zones of diffuse radiation are also visible in the image, while the photon energies are coded in colours: blue and green correspond to high energies, that is, the source of this radiation is gas with a temperature of tens of millions of degrees, and red is associated with the glow of a colder gas with a temperature of hundreds of thousands up to a million degrees.

Observations of the Lockman hole make it possible to study distant quasars and clusters of galaxies with record sensitivity. On a 20-square-degree sector, the eROSITA telescope recorded about 6,000 x-ray sources. The vast majority of them are the active nuclei of galaxies and quasars, the radiation of which is associated with the accretion of matter onto supermassive black holes at their centres. According to photometric estimates, the most distant of them are at redshifts z ≈ 4–5. Also in this frame, more than 100 clusters of galaxies and several hundred active stars located in our galaxy can be distinguished.