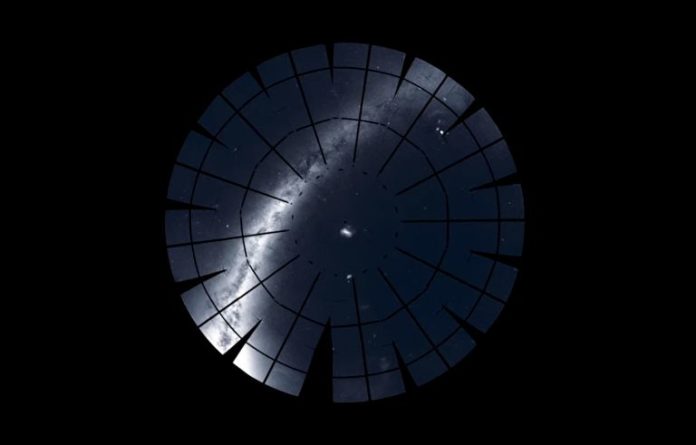 Astronomers showed a panorama of the southern hemisphere of the celestial sphere, made up of images of the TESS space telescope taken during the first year of operation. To date, the observatory has more than a thousand candidates for exoplanets, of which 29 have been confirmed, according to NASA’s website.

TESS was launched in April 2018 and is designed to search for exoplanets using transit photometry – the space observatory tracks small changes in the star’s brightness during the passing the planet through its disk. TESS is equipped with four telescopes with sixteen 16.8 megapixel sensors, each with a field of view of 24 by 24 degrees. The main goals of the observatory are bright stars from 30 to 300 light-years from Earth.

The first exoplanet discovered by the telescope was announced in mid-September 2018 and was a super-Earth, located at a distance of 60 light-years from the Sun. On July 18, 2019, TESS completed a scan of the southern hemisphere of the sky, observing 13 sectors measuring 24 by 96 degrees, each of which took 27 days. In total, in the first year of the telescope’s operation, each of its CCDs took 15,347 images, which is only a fraction of the accumulated scientific data, the total volume of which exceeds twenty Terabytes.

The new mosaic image of the southern sky is made for 208 images taken by TESS in its first year of operation. On it you can see the bright strip of the Milky Way, nebulae in the constellation Orion, the Large and Small Magellanic Clouds, which are dwarf satellite galaxies of the Milky Way Paths, globular and open star clusters and planetary nebulae. Dark wedges are nothing but gaps between detectors in the TESS camera system.

As of September 1, 2019, the telescope was able to detect more than a thousand candidates for exoplanets, of which 29 were confirmed thanks to ground and orbital based observatories. In addition, TESS helped discover three exocomets in the system of the young star Beta Painter, six explosions of Type Ia supernova explosions in distant galaxies and even recorded a flash from destruction stars of a supermassive black hole.

The Starliner spacecraft, heading to the International Space Station