The Nord Stream 2 project, which annoys the US and the Eastern countries, connects Russia and Germany through the depths of the Baltic Sea

Rarely there is any a pipeline had so many economic and geopolitical repercussions. About to finish its construction and before its imminent start-up in 2020, the Nord Stream 2 project is raising blisters. It is a gigantic gas pipeline that crosses the Baltic Sea to carry gas directly from Russia to Germany and that joins the one that already exists to double the shipment of Russian gas without having to go through third countries.

The European Union will have a better supply at the cost of increasing its dependence on Vladimir Putin, which does not make any grace to Ukraine – whose territory also travels the Russian hydrocarbon – neither to other Eastern countries nor to the United States. In fact, the US Congress approved sanctions a few days ago against the companies participating in the project, something that does not seem to have made a dent in the project.

In any case, regardless of politics, the engineering work behind it is overwhelming. Nord Stream 2 will be able to pump 55,000 million cubic meters of natural gas every year from the Russian port of Ust-Luga, located in the Gulf of Finland, east of St. Petersburg, to Greifswald, the German coastal city. The pipeline is 1,200 kilometres long and up to 210 meters deep in the Baltic Sea. In order to build it, 100,000 pipes were needed that have been installed at an impressive rate: the average advance has been three kilometres each day.

Each of the spliced ​​pieces is 12 meters long and weighs four tons. The inside diameter is one meter and 15 centimetres. “They use high-quality carbon and manganese steel tubes, at least 24 inches in diameter, with a triple coating: corrosion resins, an adhesive material to fix the coating and the third layer of polypropylene to protect the tube of bumps and chafing. The materials are subject to very strict standards and quality standards”, explains Víctor Yepes Piqueras, a professor at the Polytechnic University of Valencia in the area of ​​Construction Engineering.

A gas pipeline that crosses the seabed is very different from one that goes overland. “Constructive procedures have nothing to do with it. Conventional means are used on the ground in the construction of a corridor, with trench opening, welding of pipe sections, pipe laying, capping, restitution and signalling. Working conditions are different from marine conditions. However, today’s technology makes it possible to do both,” he says.

Boats that weld and tend the pipe

Perhaps the most interesting of all this is how the work is being built and deployed in the sea. “The usual way to build a marine gas pipeline is based on welding the pipe on a floating platform or barge before laying it on the seabed,” says the engineer.

In this case, one of the vessels that has participated in the pipeline operations – as work has been progressing – has been relieved – is the Solitaire ship. With more than 400 workers, it remained operational 24 hours a day and seven days a week: time is money. Onboard they were welding the pieces and then they had to go to the bottom of the sea.

“There are two different methods, the S-laying is used in shallow areas, less than 400 meters, where the tubes are welded horizontally so that the tube forms an S from the ship to the seabed. For greater depths, up to about 3,500 meters, the J-laying is used, where welding on the ship is vertical”, says the expert. On the other hand, for the gas to move from one end to the other it is necessary to increase the pressure at intermediate points, which are the compression stations.

In the consortium that has been formed to undertake the work, the Russian giant Gazprom is the most important part, but the companies Uniper (Germany) Wintershall Dea (Germany), Shell (United Kingdom-Netherlands), OMV (Austria) are also included ) and Engie (France). In total, 9.5 billion euros of which half come from Russia.

However large the investment may seem, it pays for itself quickly, since this type of infrastructure, both gas pipelines and pipelines, “allows these fuels to be transported over long distances and at a relatively low cost,” says Yepes. With the two pipelines active under the Baltic Sea, Gazprom will be able to pump 110,000 million cubic meters annually to Europe. Simply, having two pipes doubles the gas shipment. The first was already completed in 2011 and the advancement of technology in recent years has been noticed when building this new branch.

Compared to the work of that first Nord Stream, data acquisition and analysis have improved due to previous experience and the advancement of equipment technology such as remote-operated underwater vehicles, which are known as ROVs. Operated Vehicle). According to the project website, prospecting equipment and vessels have been developed and modernized, so that it is now possible to “build 3D models of the seabed and the objects it contains.”

For example, examining the bottom sediments, on which the tube is deposited, can be an important aspect and the development of these technologies allows examining up to 40 meters below the seabed. As a curiosity, those responsible for the project ensure that this thorough inspection of the depths of the Baltic Sea has brought all kinds of surprises that appear along the pipeline: they have been found from cars thrown into the sea to unexploded artillery from the Second War World. In 2016 they found a Douglas DB-7 / A-20 aircraft in Finnish waters.

However, the fact that the pipeline passes through such deep-sea depths does not imply more risks than on land. “The underwater installation of gas pipelines is a constructive procedure that has the experience and is safe, as is the laying on land. There are exhaustive quality controls, mainly of the welds, with non-destructive methods that preserve the quality of the material ”, says the engineer of Roads, Canals and Ports.

What must be taken into account is that “the execution is carried out in the open sea, which implies hard working conditions and safety measures different from those adopted on land.” For example, “strong currents, low temperatures, tides and surface wind harden working conditions.”

On the other hand, “the tube is laid on the seabed, but in areas near the coast it is buried to protect the gas pipeline from maritime traffic and other external factors.” The way to do it is by means of a dredge, a team is destined to dig the material underwater and raise it to the surface. Thus a trench is opened and, after burying the pipe, it is protected with a layer of the breakwater.

“The most delicate moment is the installation of the empty pipe because the external pressure of the water body can collapse it,” says Yepes, “but once checked and installed, the working conditions are safe. Therefore, the installation of the gas pipeline is a real load test.” However, “it is about transporting flammable and volatile products, so safety measures are extreme to guarantee, not only safety but the economic profitability of the facilities and their exploitation,” he adds.

Although this infrastructure is impressive, it is not unique in the world. In fact, we have a much closer example, the gas pipeline that connects Algeria and Spain, which was also put into operation in 2011. Although its length is much shorter, about 200 kilometres under the sea, its maximum depth exceeds 2,000 meters. For its construction, “the S installation was used in the shallow areas and the J installation when the pipe had to be submerged more than 400 meters,” recalls the engineer from the Polytechnic University of Valencia.

Just as geopolitics has marked the design and construction of Nord Stream 2, it will also do so in future projects. “The supply of gas from Russia to Europe will mean strong revenues for this country, increasing dependence on Europe and Russian influence,” recalls the engineer.

Given this situation, “the problem is with countries like Poland, which will be left alone with Russia in the negotiation of fuel prices” and “the only way to avoid this energy dependence on Russia is through the construction of new gas pipelines, such as Nabucco, which from the Caspian Sea and through Turkey, reaches the centre of Europe”, he says. 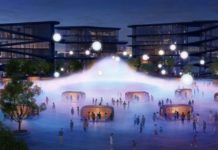 Toyota presents a prototype of ‘city of the future’, completely connected and powered by hydrogen 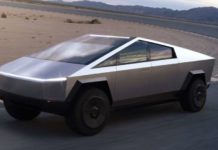 In this Mexican town Tesla Cybertruck will not only be a patrol car, it will also collect garbage

In China it is now possible to access the subway through...

In this Mexican town Tesla Cybertruck will not only be a...

Toyota presents a prototype of ‘city of the future’, completely connected...

In Europe the crazy law of noisy electric cars will not...

Amazon GO Store: what it’s like to shop in the future...