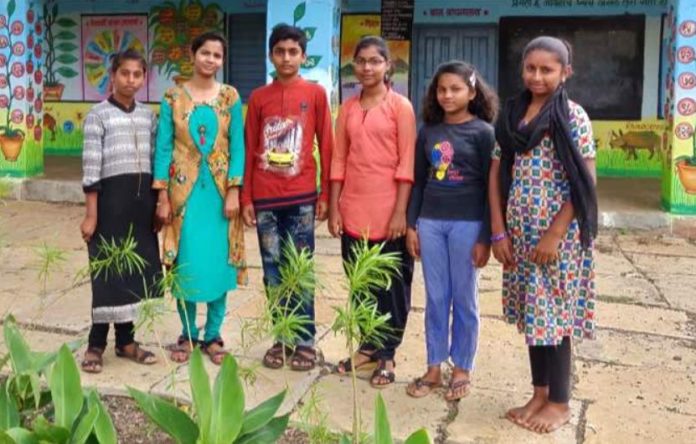 “Earlier, we would not talk to kids of the Mahar caste, as we were told that they were from a lower caste and dirty,” said Nandini Biradar, a class VI student and a member of balsnehi gram panchayat, which can be translated as a child-friendly panchayat (CFP). The Mahars belong to the Scheduled Caste category and are often considered untouchables. Bhimrao Ramji Ambedkar, the father of the Indian Constitution, was a Mahar.

“At balsnehi gram panchayat, we were taught that all kids from different castes, gender and religion are equal,” Biradar of Daithana village in Shirur Anantpal block of Latur district in Maharashtra told Village Square. “Since then, all of us, including Mahar children, play and eat together.”

While walking on the recently laid road to the village gram panchayat from her school, the only one in her village, Biradar said that the road had been constructed after CFP raised the issue at the main gram panchayat in charge of village administration.

After becoming aware of their rights, school students in villages of Latur district brought together in child-friendly panchayats, convinced parents and gram panchayat members to provide amenities such as drinking water and proper roads for their villages.

United Nations Children’s Fund (UNICEF) and Department of Rural Development of Maharashtra implemented CFP in nine villages in three districts on a pilot basis from 2014 to 2017, to make the village administrative bodies understand the issues that children faced.

The aim was to bring all the stakeholders, namely, the administrative heads, parents and villagers, together with so as to address the issues pertaining to children. CFP created awareness among kids about their rights of life protection, social protection, development and empowerment.

Three of Biradar’s classmates showed her name written on a wall in the village panchayat office, along with that of other committee members of CFP. Shrikant Patil, the chief of CFP, showed the saplings, recently planted by them.

Yashoda Kadam, the local coordinator of the project, selected Shrikant Patil, a class VII student, a bright orator, and a popular boy, whom all the children fondly called as dada (elder brother), as the sarpanch or chief of CFP. She said that it was difficult to convince parents to send their children to attend the panchayat sessions.

“Caste animosity is bitter here. At least 10 girls had left the village, with boys from either higher or lower castes, to get married. In each case, the parents harassed the husbands of their daughters,” Kadam told Village Square Team. “Understandably, parents were wary of sending their girls to CFP.”

Kadam and Patil could manage to get only five kids to attend first CFP meeting held at the gram panchayat office back in 2014. “We held a rally and organized cultural programs asking kids to present their artwork. The trick worked and over 30 kids started to attend CFP meetings,” said Patil.

“Kids at Anandwadi village in the same taluk had comparatively easier journey due to the gram panchayat’s cooperation,” Jagdevi Sugave, coordinator of the project for Latur District said.

Most of the children admit that they had a tough time making their parents understand the importance of attending CFP meetings regularly. “My mother said I could study or help her with the household chores instead of playing with boys, referring to the CFP meetings,” said Renuka Shirure.

Srishti, one of the CFP members, said that some parents like hers were supportive from the day they started their work. “The other parents and villagers got convinced after seeing our work,” she said.

Young kids, four to eight years of age, attend meetings and programs to play and also assist the elders by doing small miscellaneous tasks. Adarsh Patil, member of CFP, said that they wrote and performed plays on superstition, ill effects of child marriages and the like.

Anandwadi CFP has a body of seven members including the sarpanch and deputy sarpanch. A board in one of the rooms of the gram panchayat has all their names, including those of the committees for food, health, education and sanitation.

Whenever the CFP members want to meet, they are given access to the gram panchayat office. Prachi Bhusagare said that they regularly visit the children’s daycare center to see whether the children were being given nutritious food. Around the village, each wall is embellished with vivid paintings or messages on health, nutritious food and government schemes.

Sushant Vyanjase, sarpanch of Anandwadi CFP and a class VII student, showed the water purifier kept in a locked room near the gram panchayat office. The purifier supplies water to all the villagers.

“It has been our major success to convince the gram panchayat about the necessity of giving all the villagers access to pure water,” Vyanjase said. “Now all the residents can avail of 20 liters of purified water for Rs 5.”

Prachi Bhusagare’s mother had opposed a lot before sending her for CFP meetings. Now as the head of Food Committee, Bhusagare pointed at the closed drains and said that CFP had been responsible for getting the open drains covered.

“Almost all the drains are covered now,” Bhusagare told the reporter. “With our school principal’s permission and support, we have planted over 30 saplings around the school. Principal also supported our work by providing fences around the saplings.”

Srushti Divekar, a class IX student, said that they arranged for free auto ride for girls to go to school, since their village has classes only up to fourth standard and they have to go to other villages for higher classes.

Bhagvat Vange, deputy sarpanch of Anandwadi, is proud that the children of his village have become alert citizens. “They are aware of everything and report to us matters such as water leaking from taps or tanks and dirty toilets,” he said.

“The project has been successful, and hence, we are expanding it to 119 gram panchayats, 42 of them in Chandrapur and 77 in Nandurbar,” Omprakash Yadav, deputy CEO of Chandrapur zila parishad told Vilage Square Team. “Though villages in Latur have been promising, we have to concentrate on the most backward districts.”

Varsha Torgalkar is a Pune-based journalist. Views are personal. 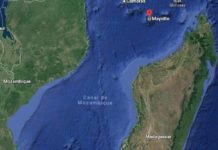 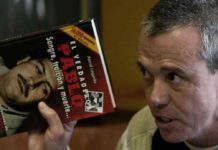 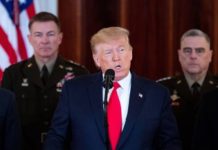 North Korea Says US Has Nothing To Offer If Nuke Talks...