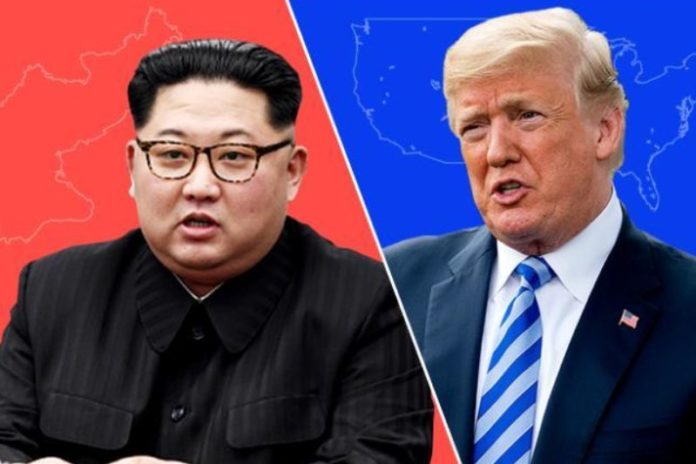 A week after North Korea resumed its “dotard” insults at President Trump and their ambassador to the United Nations said further denuclearization talks are no longer needed, Reuters reported Thursday via Korean Central News Agency (KCNA) that, even if denuclearization talks resumed between both countries, the Trump administration has nothing to offer:

North Korea’s foreign ministry criticized the Trump administration for meeting with officials at the UN Security Council and suggested that it would be ready to respond to any corresponding measures that Washington imposes.

Following a breakdown in denuclearization talks, North Korea conducted a “very important” test at its Sohae satellite launch site over the weekend, President Trump – whom downplayed the rogue country’s latest actions, including missile tests, saying North Korean leader Kim Jong Un “is too smart and has far too much to lose, everything actually” if he acts in a hostile way toward the US.

Trump also tweeted that North Korea “must denuclearize as promised,” despite the communist nation’s ominous assessment that talks are now over.

NoKo ambassador, Kim Song, was heard over the weekend as saying: “We do not need to have long talks with the US now and denuclearization is already gone out of the negotiating table.”

He added that “sustained and substantial dialogue” sought by the Trump administration was a “time-saving trick” to accommodate its domestic political agenda, likely referring to the upcoming election year where President Trump is trying to get as many wins as possible to fulfil talking points of first-term success.

The latest developments on North Korea’s path towards denuclearization seems to have stalled — it could mean that the rogue country’s “Christmas gift” for the US could be imminent, likely in the form of a new intercontinental ballistic missile launch.

Researchers from the Royal Ontario Museum (ROM), the Royal BC Museum, and the North...
Health & Fitness

Overall, exposure was linked to a 25% increased risk of developing rheumatoid arthritis. And...
Sustainability

Researchers were “extremely excited" when they saw this new fossil of Plesiosaurs - "it...
Health & Fitness

Why Colds, Flu and COVID-19 are More Common in Cooler Months? New Study Found Something Unique in Nose

A new study has found an unidentified immune response inside the nose that can...

Researchers from the Royal Ontario Museum (ROM), the Royal BC Museum, and the North...
Health & Fitness

Overall, exposure was linked to a 25% increased risk of developing rheumatoid arthritis. And...
Sustainability

Researchers were “extremely excited" when they saw this new fossil of Plesiosaurs - "it...
Revyuh