One of the fastest words we associate with Apple is ‘design’. The company of Cupertino has achieved throughout history to impose its philosophy on the foundations of the company through the design of its products and its corporate identity. An Apple product, the merchandising of the company or any element of it is easily recognizable. This is essentially due to their corporate identity, which over the decades has managed to maintain its essence as very few have done.

The corporate identity and the identity manual of a company

The corporate identity of a company corresponds to all the visual communication of an organization, society or company. The logo is the best known, but also the packing boxes, typography, advertisements, envelopes and documents or even the uniform of the employees. Any company that boasts, requires a corporate identity that implements a uniformity in the company and allows others to associate it with the philosophy of it.

The designers when realizing corporate identities we have a problem (in reality many, but one is considerable), get that corporate identity is respected. When a design team makes a design for the brand of the company, it takes into account factors such as what the company wants to transmit, historical or sector background, rules of visual balance, legibility rules … In summary, yes a logo is blue on a white background and typography in tiny letters … it is not because it has been put to chance, but because the design team has taken into account all possible aspects that can influence to offer the best communication of the message possible.

How Apple applied its design in 1987

Leaving aside the theory a little aside, let’s see how Apple understood the application of its corporate identity in 1987. The designer Arun Venkatesan has managed to get a copy of the identity manual (from the summary of the manual) that Apple distributed in 1987. In it, we can browse how Apple demanded that its brand be used (and not used) at that time. And practically, today they still respect him.

The identity manuals usually include several sections, the main ones are the following:

Apple’s 1987 identity manual begins with bad practices. According to Arun, when we unfold the poster we start seeing all kinds of aberrations that can be done to the brand and they are wrong. For example, add a gradient to the apple, deform it, add contours, use non-corporate colors, write about the apple … With a clear and direct ‘No’, Apple warns of what is not allowed to be done and is commonly done.

Once the entire brochure is displayed (it is not the complete manual, which is usually a much more detailed book with more instructions), we can see inside all the details of the brand. This is all that can be appreciated:

Over the past 30 years, some things have obviously changed. We have seen variations of the bitten apple for specific events or to simplify its standard use. We have also seen new fonts to adapt to the channel of distribution and support in which they are. For example, it would be inconceivable for Apple to use a typography with serifs in a world full of screens where readability is much better in sans-serif fonts . But regardless of that, the basics are still there, we associate any current Apple design with this identity manual.

The packaging is still just as simple. The signage continues to respect the proportions and spaces. The simplicity and sense of space continues to exist in all designs. Few companies can boast of keeping their DNA intact for so many years. 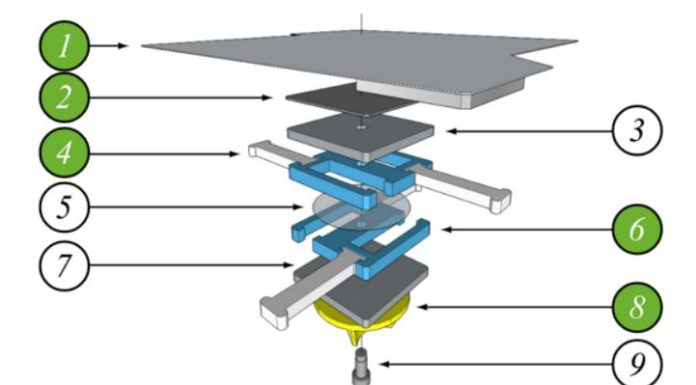 Photon teleported from one chip to another

Market Abuse: Google threatens new antitrust case in the US