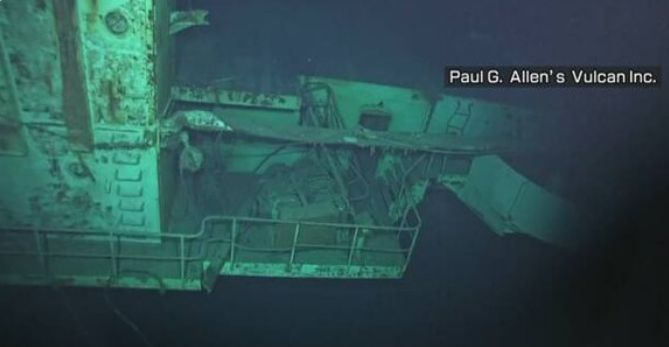 A research team created by the late Microsoft co-founder Paul Allen discovered at the bottom of the Philippine Sea the first American aircraft carrier sunk by a Japanese suicide pilot in 1944 along with 143 people on board, NHK reports on Wednesday.

According to the Japanese television and radio company, the ship located at a depth of 4736 meters was captured using an underwater drone. On the flooded aircraft carrier, you can see its name – “Saint Lo” (St. Lo), traces of camouflage paint and inscriptions in English.

According to NHK, an aircraft carrier accompanying American transport was destroyed during a special operation – the first successful attack of a kamikaze pilot on a U.S. Navy ship during World War II. Then one plane from the Japanese squad hit the ship’s deck, which led to the detonation of the arsenal and the flooding of the aircraft carrier. As a result of the attack on “Sen Lo” killed 143 people.

After the success of this special operation, the Japanese command ordered an increase in the number of attacks with the help of kamikaze pilots. This led to the death of more than 4 thousand people.