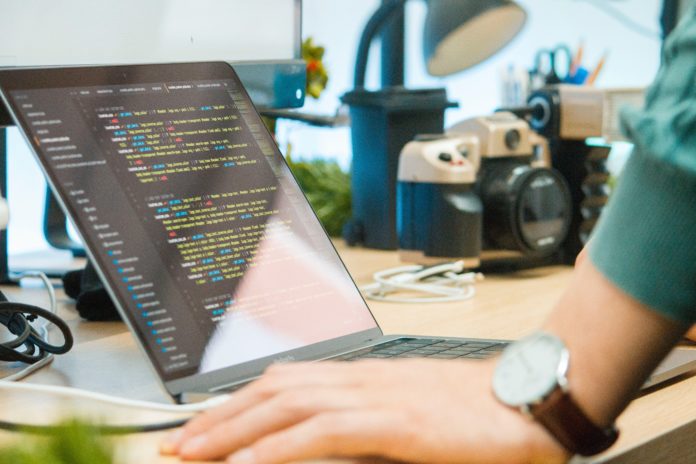 Drivers for popular ARM-Mail graphics cores are a highlight of Linux 5.2, which is expected in July. On the next kernel version of Linux’s main development line, the popular Ext4 file system also learns something that is quite normal in the Windows world: ignoring the case of file and directory names (case insensitivity).

Read More Stories: Chaos Engineering: Would your servers in the cloud withstand the attack of an army of crazy monkeys?

One cd Testtherefore also changes to a directory with the name TESTor test. However, this behavior is inactive by default. You have to activate it in the superblock and in a directory from where it inherits; the directory must still be empty so that the file system can prevent the creation of ambiguous file system entries (such as TESTand test). The feature is interesting for Android, which Case Insensitivity has been achieved by an intermediate layer called Wrapfs.

Also new is the kernel parameter mitigations=[auto|auto,nosmt|off], which affects all of the processor gap countermeasures that have become known in the last year and a half. They eat a lot of speed in some environments. This performance loss can therefore be avoided by giving the kernel the parameter at mitigations=offstartup. This is easier than disabling the various protections via their individual parameters. Turning off protection techniques might be interesting for environments where only fully trusted code is running anyway.

Many Stable and Longterm kernel lines have also recently learned this parameter in Linux versions 5.1.2, 5.0.16, 4.19.43, 4.9.176, and 4.14.119. There, the kernel developers incorporated the appropriate changes when they integrated the measures to protect against the recently publicized MDS vulnerabilities such as Zombieland; The latter will of course also be part of 5.2.

Especially nostalgic interesting: Two Linux developers have announced that they want to remove the driver code in 2021, which provides via IDE (also called Parallel ATA) addressed volumes via device names such as / dev / hda or / dev / hdc. That was in the early days of Linux usus. With the advent of Serial ATA, however, a more modern infrastructure for the exchange with ATA data carriers was created, which also soon learned to address all current controllers for IDE / Parallel ATA.

Read More Stories: This is Internet in 2019: 4,000 million users, and pages four times heavier than 10 years ago

Therefore, the developers suspect that hardly anyone uses the old IDE driver with current kernel versions. Unless anyone objects, they want to remove the code in order to simplify maintenance.

The graphics driver for modern Intel processors now automatically addresses the graphics cores of the Ice Lake generation, which Intel apparently wants to use first in notebook processors. The developers have also installed a number of drivers for Comet Lake, which is believed to belong to the tenth generation of Core i processors. Intel intends to introduce both processor series in 2019.

Read More Stories: We were ten years ahead, but the community did not let us do it, says Mark Shuttleworth

For the popular ARM GPUs of the Mali series, the Direct Rendering Manager (DRM) from Linux now includes the DRM drivers Lima and Panfrost. On them build the same OpenGL drivers for 3D acceleration, which contains the end of May / early June expected Mesa 19.1. Lima supports “Utgard” GPUs of the Mail 400 series; Panfrost, on the other hand, is designed for the newer “Midgard” and “Bifrost” GPUs sailing under the Mali model names T6xx, T7xx, T8xx and G3x, G5x, G7x, respectively.

All these drivers were not programmed by ARM but by independent developers. They have reverse-engineered the hardware and other drivers to scramble all the information needed to program the driver, as ARM provides little information. The two drivers therefore support only selected graphics cores of the mentioned Mali series and even there only a part of the functional scope.

The situation is likely to improve gradually, however, as similar situations in the past have shown: The integration of such drivers in the Linux kernel motivates others to help in testing and improving the drivers. Nevertheless, it will take a while for the developers to support all the popular GPU features as well as the mail implementations of the popular SoCs.

No progress on the integration of WireGuard

Support for the highly eye-catching VPN technologyWireGuard will be missing from Linux 5.2, as there has been little progress in integration efforts recently.

However, these are reported to be reinforced after the developers of VPN technology recently released a pre-alpha version of WireGuard for Windows.

Read More Stories: How a group of brokers manipulated currency through a chat and ended in a fine of 1,000 million

Linux 5.2 will probably be released on July 8th or 15th

Two weeks after the release of Linux 5.1, these and other major enhancements to the successor are now anticipated as Linus Torvalds has released the first pre-release version of Linux 5.2. As usual, he has completed the recording of all significant innovations; the number and extent of changes made in this “Merge Window” is at the normal level.

With release of Linux 5.2-rc1 the stabilization phase begins now. In this almost seven- or eight-week section, Torvalds typically releases another pre-release version during the night from Sunday to Monday. Apart from a few latecomers and exceptions, the developers there only after error corrections and apparently harmless improvements after; the scope of functions will therefore not change much.

If the development follows the usual rhythm, Linux 5.2 should appear at night on the 8th or 15th of July.

Data and numbers on the latest versions of the Linux kernel

Say Goodbye to Google Bulletin: it will close in November