More
HomeNew York offers to dig graves for prisoners for six dollars an... 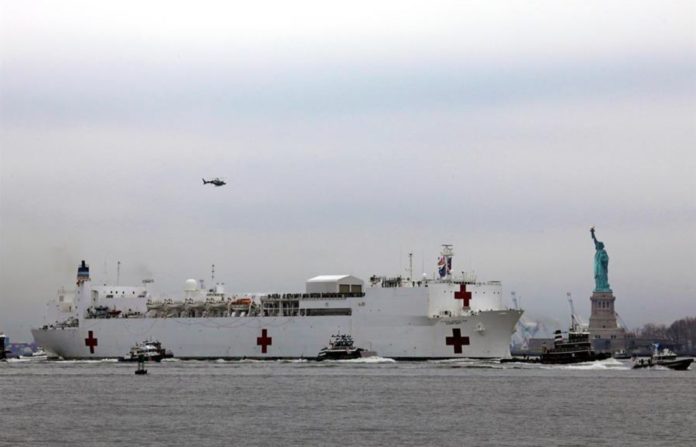 The spread of the coronavirus in the United States is leaving us with shocking images of how the country is preparing to confront the pandemic. A few days ago, one of them went viral in which we could see a hospital ship arriving on the New York coast on a cloudy day. This photograph perfectly brought together part of that apocalyptic imagery from which many films about climatic disasters or possible endings of civilization have been nourished.

Recently, news broke that the New York City Council, chaired by Bill de Blasio, is offering jobs to prisoners on Rikers Island. As reported by The Intercept, this team of inmates will charge $ 6 an hour in exchange for helping to dig mass graves on Hart Island. The Consistory spokesman, Avery Cohen, hastened to say that this professional activity is not framed as “exceptional in the face of the advance of Covid-19″, but that prisoners have been digging graves on the island for years.

Logically, the news has only increased concerns about the negative forecasts that the US population has about the high number and deaths that will be in the coming weeks due to the unstoppable advance of the coronavirus in the country, and more specifically, in its big cities like New York. On the last day of March, the numbers of infected have placed the United States as the country with the highest number of infected.

According to data from John Hopkins University, there are already more than 160,000 people infected with Covid-19, which has forced Donald Trump to extend recommendations for social distancing until April 30. The country’s health authorities, meanwhile, warn that up to 200,000 fatalities could occur in the coming weeks.

At the moment, New York is the largest epicenter of the coronavirus pandemic, with 38,000 people infected and more than 914 dead at the end of March. The job offer for prisoners is directed only to those with firm sentences. Hart Island is featured in a 2008 report by the city’s Chief Medical Officer’s Office, acknowledging that it would be one of the best places to house the bodies of the deceased in the face of any catastrophe or pandemic. Since then, there is a public cemetery there that has been maintained by prison labor.

In prison, there is no hand sanitizer or soap, and you have an environment where 100 people sleep together in the same room.

However, according to that report, Hart Island “has a limited burial space and a large influx of deceased requiring burial may not be accommodated.” The cemetery preparation and adaptation plan made estimates of the possibility of 25 to 35% of the infected population with a mortality rate of 2%. The city’s funeral department proposed using the so-called “temporary mass detention method,” which involves placing coffins in a row of ten, from head to toe, so as not to stack them on top of each other.

Although they have not spoken, the news should have been a great relief for the prisoners, since it is expected that one of the main sources of coronavirus contagion will be the prisons of the United States. Cohen reiterated that those involved in the work of digging graves use personal protective equipment (PPE) that is called Personal Protective Equipment (PPE) there.

Rikers Prison is known for being one of the worst prisons in the city. “There is a situation where the protocols dictated by the Centers for Disease Control are not obeyed: the toilets are broken, there is no hand sanitizer, people do not have access to soap, and when they have been required to practice social distancing You have an environment where 100 people sleep together in the same room,” said Justine Olderman, executive director of a public organization that defends prisoners called Bronx Defenders, to ‘The Intercept’.

According to data from the Legal Aid Society, the prison official has ignored threats that the pandemic could spread, in a prison like Rikers that houses about 4,600 inmates and has a contagion rate of 3, 6%.