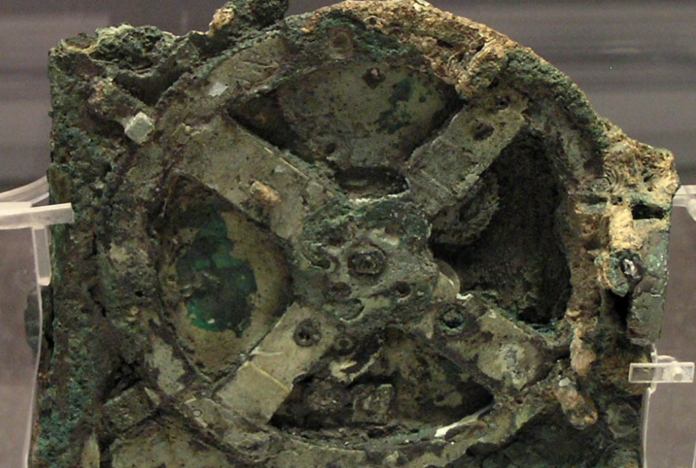 Between 1900 and 1901, two clueless divers found the oldest computer in the world. Amongst statues, vessels and jewels, they came face to face with a series of bronze gears that were slightly reminiscent of a music box.

The Antikythera mechanism is an apparatus full of cogwheels and gears fitted with amazing precision. A technological level that we would not find anything like until at least the sixteenth century and that place us before what historians of technology consider the first mechanical computer of which we have news.

What is the Antikythera mechanism?

After the initial surprise, the archaeologists were clear that it was a kind of clock, calendar or calculator. There were distant accounts of Cicero and other Roman writers who spoke of similar machines, but we thought it was science fiction. Now, with the pot in hand, we only doubted if it was a model of the Solar System, an astrolabe or, simply, a Greco-Roman version of the Rubik’s Cube.

In 1959, Derek Price analyzed the device in great detail and discovered that the mechanism was used, indeed, to predict the position of the stars according to the time of year. That is, it was something halfway between a map (celeste) upgradeable and a Google Maps of the third century BC.

In fact, it was still a mechanical computer that saved sailors having to do dozens of boring calculations and therefore facilitated navigation. With some variables like the day of the year, you could reach the position of the stars and many other things.

How does it work?

In the 2000s, a kind of instruction manual was found inscribed in the same mechanism. This allowed us to reconstruct it almost completely and, today, we have very precise replicas of the Antikythera mechanism. As we can see, it’s not easy.

As we believe, it showed the movements of Mercury, Venus, Mars, Saturn and Jupiter in the night sky; the position of the sun, the moon and the constellations; calculated possible lunar and solar eclipses (and the color they would have); it had two calendars: the solar and the mole; it showed the phases of the moon; and, it seems, allowed to know how much time was left for the Olympic Games. An absolute pass.

What can we learn from the Antikythera mechanism?

That technology is not enough. The water mill, the essential technology of the economy of the Middle Ages, was already known in classical times. The steam engine, fundamental in the industrial revolution, was also known to the Greeks and, as we see, analog computers were in use more than 2000 years ago.

“There is nothing more powerful in the world than an idea whose time has come,” but it needs its moment. It seems that the moment of information technologies is now and everything seems revolutionary, because it is worth remembering that we are part of a long and very technological history.

The tastes of millennial’s have undermined these 10 industries

New leaks and images of Google next flagship Google Pixel 4...