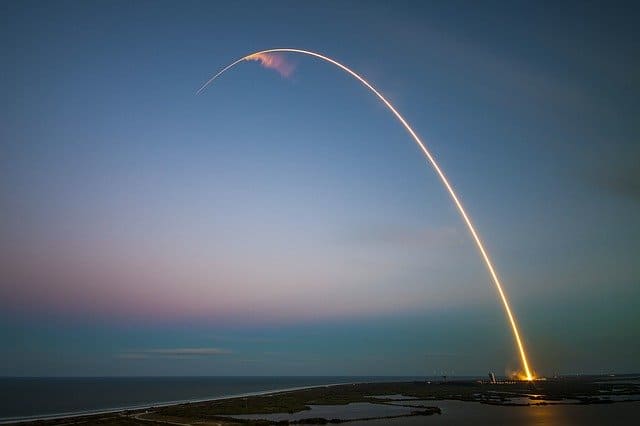 “No one considered this. We had not thought about that.” And with those words, Gwynne Shotwell, president and chief operating officer of SpaceX, explained how it was possible that his company, which plans to send thousands of satellites to space in the coming years, would not have thought about the impact of the project on telescopes around the world.

In fact, what began as a handful of uncoordinated complaints by astronomers has become a corporate crisis that threatens to tarnish what was wanted to sell as one of the most important aerospace projects in the day-to-day life of humanity: the creation of a truly global satellite internet network.

The solution? Try to remove the shine.

“We will solve the problem”

Shotwell himself has announced that the lining will begin testing on at least one of the 60 new satellites that will be launched later this month. Why only one? Fundamentally because there are currently no anti-reflective materials that do not adversely affect the performance of the satellites and, despite the fact that international pressure forces them to move, including it in the 60s is too risky.

In the first phase, they hope to reduce the brightness until it is invisible to the naked eye because “that would preserve the night sky for the general public ” (although it would not solve the scientific problem). Subsequently, through “trial and error”, SpaceX will improve the anti-reflective coating to ensure the safety and performance of the satellites.

However, this announcement has not convinced everyone. In the background, we are talking about filling the Earth’s near orbit with almost 50,000 satellites in the coming years and that, no matter how much the brightness of the devices is reduced, leads to a huge source of interference.

Above all, because as many astronomers have pointed out, the best solution would be to install the satellites in a farther orbit (as one of Starlink’s competitors are doing or are planning to do), but that would greatly increase the costs and technical requirements of the network from SpaceX.

However, something is something. We must not forget that space, today, is something very similar to the ‘Wild West’: there is no regulation, nor is it expected in a reasonable time. For this reason, despite the measures announced by SpaceX, everything seems to indicate that the “battle” between Starlink and modern astronomy has only just begun.