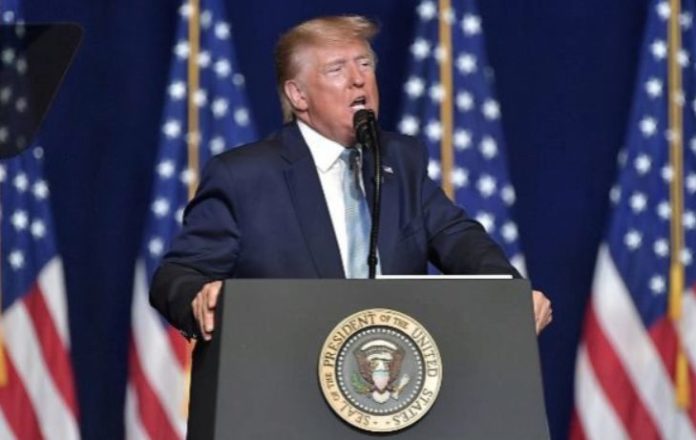 According to the ‘Think Tank’ Cidob and EsadeGeo, the mobilizations in the street, the fear of the losers in the fight against climate change, digital taxation, network activism and the role of China will be some of the big issues of the New Year. The UN reaches the 75th anniversary in full questioning of multilateralism, the Euro-Mediterranean dialogue reaches the fourth century and the “geopolitical Europe” seeks to be more than a motto.

The world will continue to grow in the year 2020. However, it will do so at different speeds, and the differences between countries, and also within their respective societies, will be consolidated. For all these reasons, experts say that progress is being made towards a more “disoriented, unequal and desynchronized” system.

This concludes a study on the ten topics that will mark the global agenda, and that have prepared about thirty researchers of think tank specialized in international affairs CIDOB and EsadeGeo. CIDOB analyst and report coordinator, Eduard Soler Lecha, says that, despite the consolidation of pessimism in several Western countries before the rise of populism and the weakening of international multilateral organizations, other data invite optimism.

“Awareness of the climate challenge is beginning to be realized; despite deforestation in Brazil and Indonesia, the planet is greener than 20 years ago; the feminist movement and LGTBI are strengthened; life expectancy and access to education are increased, and the numbers of extreme poverty continue to decrease,” explains this researcher and professor of international relations.

These are the ten big issues that will mark global news in the next twelve months.

The new year is marked by the rise of protests in different parts of the universal geography: the yellow vests in France, Hong Kong, Algeria and several Latin American countries.

According to the director of Cidob, Pol Morillas, there is a paradox in Western countries: “at the moment where representative democracy is more answered, hyper leaders like the American Donald Trump, the British Boris Johnson, the Russian Vladimir Putin – are reinforced. who just turned 20 years in office – and Hungarian Viktor Orbán.

“Societies are polarized” between two seemingly irreconcilable positions and, while populism is consolidated in state institutions, the mayor’s offices of large cities “emerge as an element of resistance,” explains the expert. He gives as an example the alliance that last December constituted four Central European mayors – Budapest, Warsaw, Prague and Bratislava – in defense of cosmopolitanism and diversity in the face of the ultra-nationalist discourse of their respective governments.

The politicization of climate change

As EsadeGeo researcher Marie Vandendriessche recalls, “in 2019 climate emergency has been the word of the year according to the Oxford English Dictionary”. In addition, the young Swedish activist Greta Thunberg has established itself as the international benchmark for a mobilization that seeks to stop global warming. The international summit held in Madrid in December highlighted the importance of this type of mobilization.

At the same time, analysts warn of an opposite reaction throughout 2020. They predict the emergence of movements that, in addition to denying climate change, belittle the urgency of taking action in the face of a challenge they perceive as a strategy of Western elites to Stay in power. This year, all the States that signed the Paris Agreements must submit their voluntary national plans to reduce emissions.

In 2020, the 75th anniversary of the Charter of the United Nations is commemorated, which was signed in San Francisco (United States) in 1945. The event arrives while voices are consolidated that question the current rules of the game. Faced with this situation, the UN will take the opportunity to claim at the meeting of heads of State and Government in autumn, with a very explicit motto: “The future we want, the United Nations we need: a reaffirmation of our collective commitment to multilateralism”.

Despite its intentions, the United States and 63 other countries still do not meet their quotas, which has placed the UN in the worst liquidity crisis in its history. At the same time, it foresees that, in the next twelve months, 168 million people need humanitarian assistance, the highest number in decades. This sense of helplessness is opposed to the mobilizing effect of international agendas such as the Sustainable Development Goals (SDGs).

If 2019 started with bad omens that predicted a new crisis, now the clouds have disappeared in the short term. However, analysts say that the destabilizing factors that could lead to a new recession continue: the trade war between the United States and China, the slowdown in Europe – especially of its locomotive, Germany – doubts about emerging economies and high debt Italian Meanwhile, the debate continues on whether or not the lessons of the 2008 crisis have been learned, and what the future of capitalism will be.

Technology, the new frontier of power

This year will be that of 5G, an area where China has an advantage; it remains to be seen if this fact intensifies its commercial war with the United States. Meanwhile, governments around the world remain concerned about the destabilizing capacity of disinformation. It is a matter that will gain relevance, for the celebration this fall of presidential elections in the United States.

For its part, the new European Commission led by Ursula Gertrud von der Leyen at the end of 2020 aims to set its own agenda with a new European framework on digital services. “The EU is the only actor that has opened a debate on technology ethics,” says Cidob researcher and journalist Carme Colomina. A good part of the companies that will have to pay the new rate are American, and it remains to be seen if this creates a tariff dispute with Donald Trump.

The role of China

Its consolidation as a global power generates division: there are those who see it as an opportunity because it is a new agent that allows small and medium-sized countries to diversify their relations. On the contrary, China is reinforced in areas such as public debt and international trade, and in regions where the EU was very strong, such as the Balkans and Africa. Given this situation, many analysts reflect on the impact of the consolidation of the Asian tiger in international relations. In Asia, Vietnam and the Philippines they consolidate as emerging actors, and Japan and India are willing to boost their cooperation ties.

Elections in the United States

On November 3, one of the most prominent forecasts of the global calendar will take place: the US presidential elections. “We do not make predictions about who will be the candidates of the big parties, nor about the results; we can say that the imminence of the appointment with the polls will condition the foreign policy of the White House,” explains Soler.

Trump, with the aim of setting his own profile before his constituents, is expected to further underline the differences with the legacy of his predecessor, Barack Obama, on a global scale. Another element to take into account is the outcome of the impeachment process that began in late 2019 against the president for an alleged pressure on Ukraine to spy on a son of Joe Biden, vice president with Obama.

A “geopolitical Europe”: something more than a motto?

Throughout the new year, it will be possible to verify whether the new European Commission led by Von der Leyen and that has Josep Borrell as vice president and high representative for Foreign Affairs and Security Policy, changes its course.

Another of the unknowns is to see if, with a United Kingdom outside the EU after the first phase of Brexit is consummated, this country consolidates itself as an “uncomfortable neighbour”, as is currently the case with Putin’s Russia and Turkey’s Recep Tayyip Erdoğan, explains Morillas.

Germany will assume the rotating presidency of the EU in the second semester, and in 2021, its chancellor, Angela Merkel, will not be eligible for reelection in legislative elections. Waiting to see if his departure causes a vacuum, another challenge is whether the commitment made by the French president, Emmanuel Macron, to mark his own profile implies a change of priorities of the community institutions.

Africa is no longer the forgotten continent

The image of this continent has taken a 180-degree turn in two decades: “From a place without hope to a space that is in geopolitical dispute by the great agents,” explains the doctor in International Relations Oscar Mateos. “The countries that grow the most are in Africa,” says the specialist, about 9% of Ethiopia, and the rates above 6% in Rwanda, Senegal, Ghana, Tanzania and Ivory Coast.

Broadly speaking, the debate among specialists is summed up around two positions: “Afro-optimism” and “Afrorrealism.” The first perspective sees the continent as a generator of opportunities; the second highlights that growth is fragile, and that there are still major challenges to be resolved, such as humanitarian crises, social inequalities and climate vulnerability.

Mateos explains that an element that gives hope to the region is the entry into force, on July 1, 2020, of the mechanisms of the African Continental Free Trade Agreement. According to the most optimistic estimates, intra-African trade can rise 50%.

Mediterranean: between cooperation and conflict

In 1995 the Barcelona Process was signed. It was then that relations between the EU and the countries of the south and east of the Mediterranean were institutionalized. This space was consolidated in 2008, with the Union for the Mediterranean, an organization based in the Catalan capital that groups 42 countries. Despite this, these years the Mare Nostrum has established itself as a border, as evidenced by the refugee crisis. Meanwhile, “in Europe, the debate is not about immigrants who have just arrived, but about those who have been for years; nativist arguments grow, where a minority is seen as a danger to the nation,” says researcher Blanca Garcés.

At the geopolitical level, if democracy has been consolidated in Tunisia and in Algeria, peaceful protests continue to demand reforms, the continuity of the war in Syria and Libya is anticipated.

Soler also recalls that “the threat of the self-styled Islamic State has not disappeared,” despite the fact that the organization no longer controls any territory in Syria, and the death of its previous ideologist, Abu Bakr al Baghdadi.