Ukraine has reacted angrily to German police tearing down a Ukrainian flag at a World War II memorial event, with one Kyiv official calling the acts “catastrophic”

The video footage of German police officers in Berlin taking down a Ukrainian flag has provoked controversy. When activists unfurled a massive Ukrainian flag during a World War Two memorial service this afternoon, Berlin police intervened, according to videos uploaded online.

The footage of the police crackdown was “shameful,” according to Stefan Hennewig, a German member of the opposition CDU party.

A security expert, Michael MacKay, tweeted: Police in Berlin are removing a Ukrainian flag. Today is Ukraine’s Day of Reconciliation and Remembrance, also known as Victory in Europe Day in other nations.

“These are disturbing images – a sign strategic corruption by the Russian fascist regime goes very deep in Germany.”

He added: “Berlin authorities established moral equivalency between a Russian fascist flag and the flag of defender Ukraine.

“The moral compass of the Berlin government is so screwed up they cannot possibly navigate the war in Europe or the reality of life in the 21st century.”

Berlin police officers were enforcing orders issued earlier this week by German authorities prohibiting the display of Ukrainian flags near memorials in Berlin.

Officials from the Metropolitan Police Department defended the move, claiming that they did not want feelings against Vladimir Putin’s conflict to “spill over” into Second World War commemorations.

The officials tweeted: “In order to secure the peaceful, dignified commemoration, our colleagues rolled up a 25m-long Ukrainian flag.”

Berlin police previously explained the prohibition in a statement: “The act of remembering, as well as the respect for memorials and monuments, must be preserved against the background of Russia’s current war of aggression in Ukraine.

“The war must not be allowed to spill over into conflicts or disputes in Berlin beyond the democratic discourse.”

On Sunday, 1,600 police officers were deployed in Berlin alone.

The Ukrainian ambassador reprimanded the defense by stating: “This not only shows a lack of tact; it is a catastrophic political decision.”

Germany has been accused of not taking a firm enough position against Russia in the aftermath of the invasion.

Berlin: A group unfurls a large #Ukraine flag, the police intervene and remove the flag pic.twitter.com/nvzBVPS0OP

Last week, Germany bowed to world pressure and made a humiliating U-turn after its initial reluctance to provide Ukraine with heavy weaponry generated a significant international outcry.

It’s also worth noting that, unlike Boris Johnson and other European leaders, German chancellor Olaf Scholz has yet to visit Kyiv.

President Zelensky of Ukraine had asked Chancellor Scholz to send a message by visiting Kyiv on Victory Day instead of Moscow, as is customary.

You were reading: Ukraine slams Germany after police tear down Ukrainian flag – Video 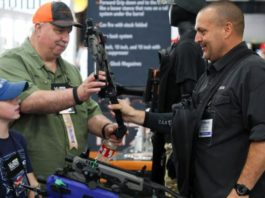 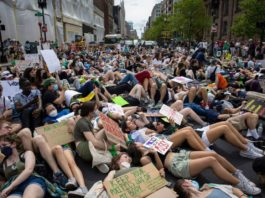 Making Abortion Illegal Will Only Increase Women’s Death Risk In The... 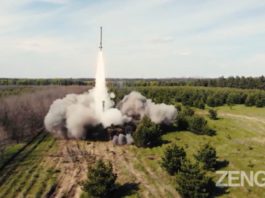 Russia’s New Hypersonic Missile System Will Be Ready By End Of...