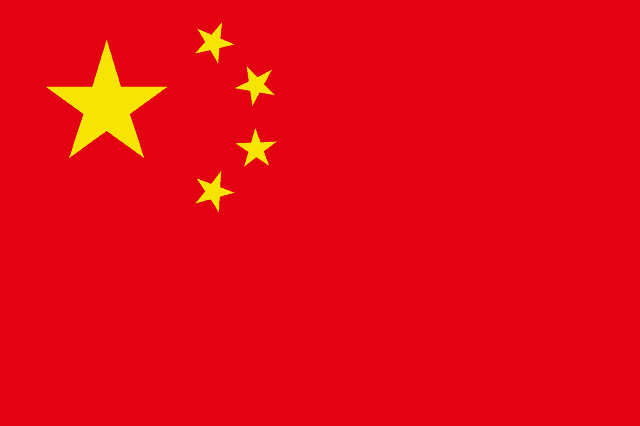 China’s party and state leader Xi Jinping held a speech that lasted only a few minutes on the 70th anniversary of the People’s Republic. The message, however, was clear: the country must reunite. Xi stood on the Tiananmen Gate, the exact spot from which Mao Zedong proclaimed “New China” on October 1, 1949. He was surrounded by his two predecessors Hu Jintao and Jiang Zemin, the latter seemed frail.

The 93-year-old had to be supported while walking by two people. Jiang was one of Xi’s big opponents. In the meantime, however, he and his associates, known as the Shanghai Group, have been put off by the incumbent Secretary-General of the Communist Party. Of today’s and former political greats, only Zhu Rongji was absent from Tiananmen Square. He had been head of government between 1998 and 2003 and had driven forward the reform of state-owned enterprises. Hong Kong’s prime minister Carrie Lam was also one of the guests of honor.

A century of humiliation and misery

In his speech, Xi summoned the unity of the country and, with regard to Hong Kong and Macao, spoke in favor of the principle “one country, two systems”, which guarantees the two former British and Portuguese colonies far-reaching autonomy. In addition, Xi assured the rest of the world that China is committed to peaceful development. However, he made no secret that the unification of the country must be completed. After Hong Kong returned in 1997 and Macau in 1999, Taiwan still lacks the understanding of the Beijing rulers to complete the process. Xi also did not forget to mention that Mao had ended a century of humiliation and misery with the proclamation of the People’s Republic. This phrase can be heard again and again in his speeches. Contracts such as those signed in Nanjing in 1842.

Here's why this year’s National Day means so much to China https://t.co/ZvHss3H1qI via @BW

Our first really good look at the DF-41 (CSS-X-20) ICBM. Just the canisters, but now we can start modeling! pic.twitter.com/INUqQXmHIo

After his speech, Xi drove past the People’s Liberation Army soldiers waiting for the parade to begin. He called them the slogans “Comrades, you are well” and “Comrades, works hard”. The soldiers replied that they were well and worked for the people. Subsequently, Xi took away the military parade on Tiananmen Square, which also used China to demonstrate the achievements of recent decades. At the first parades some cannons were still pulled by horse cart. The country now has intercontinental ballistic missiles, such as the Dongfeng-41, which is equipped with multiple nuclear warheads and can attack any location in the United States. According to experts, they should be able to fly up to 15 000 kilometers.

Also on display was the medium-range missile Dongfeng-17, with which China could attack Japan and South Korea. Little is known about them. However, it is supposed to be a hypersonic missile and thus pose unsolvable problems for the missile defense systems of the attacked countries. China successfully tested Dongfeng-17 about two years ago.

In addition to a military exhibition, the parade also provided a historical overview of the past seventy years. For example, many performers recalled that China was once referred to as the “kingdom of bicycles”. There were also larger-than-life portraits of the rulers in power since 1949: Mao Zedong, Deng Xiaoping, Jiang Zemin, Hu Jintao and Xi Jinping. Officially, the People’s Republic is officially celebrating its birthday on October 1, but the parade shows once again the self-image of the party. She celebrates herself and suggests to the people that the rise of the land without them would not have been possible.

China’s security agencies were extremely nervous in the run-up to the festivities. Parts of the center around Tiananmen Square were cordoned off, and there were numerous security forces in the city. Under the conditions, foreign journalists accredited in China suffered again. They received invitations to the parade and another event in the afternoon on Tiananmen Square.

However, some foreign media – including the Revyuh Media – were denied participation without giving reasons. The foreign media lobby in China, the Foreign Correspondents ‘Club of China (FCCC), sharply criticized the authorities’ behavior. It was an attempt to punish those media whose reporting the Chinese state apparatus displeased. In a communication, the FCCC urges the authorities to allow all journalists to participate in such events without discrimination.