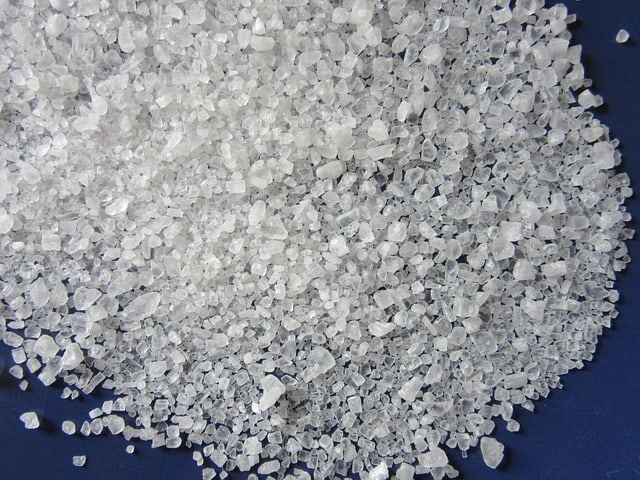 Researchers fed mice food with high salt content and found in their brain an increased level of tau protein phosphorylation – one of the molecular symptoms of Alzheimer’s disease and other neurodegenerative diseases. This allows us to explain how eating salty foods can lead to cognitive impairment – at least in mice.

Salty foods have long been considered a risk factor not only for cardiovascular diseases like heart attack and stroke but also for impaired cognitive function. It was logical to assume that a change in blood flow affects the functioning of the brain.

It is known, for example, that in mice, salted food triggers an immune response in the intestine, then proinflammatory proteins appear in the blood, and cells of the walls of blood vessels already react to them. They stop producing nitric oxide, which causes vasodilation, so overall cerebral blood flow decreases by about 25 percent. However, whether this is due to impaired cognitive function was still unclear.

Guiseppe Faraco and his colleagues in Washington and New York suggested that the tau protein could be the link. This is an intracellular molecule that normally stabilizes the cell skeleton in neurons, but when the skeleton is rearranged, it phosphorylates and begins to coalesce into aggregates. Ultimately, tau lumps form neurofibrillary tangles, disrupting the functioning of the neuron and often leading to its death.

Aggregation of tau proteins accompanies many diseases – they are called tauopathies. The most famous among them is Alzheimer’s disease, but neurofibrillary tangles are also found in Parkinson’s disease, as well as many other dementias. Often with such diseases, the vascular bed suffers.

To test their hypothesis, scientists fed young male mice with food with a high content of sodium chloride (8-16 times higher than normal) and then stained their brain preparations with antibodies to phosphorylated tau protein. They found that the amount of phosphorylated tau in the cerebral cortex and hippocampus doubled, but the total protein concentration remained unchanged.

The researchers found no neurofibrillary tangles in the brain tissue, as well as traces of neurodegeneration – destroyed neurons or damage to gray and white matter. They did not find accumulations of amyloid beta, another protein that forms extracellular aggregates in Alzheimer’s disease. However, after three months of a salty diet, mice became less able to recognize objects and navigate in the maze, and the amount of phosphorylated tau correlated with impaired cognitive performance.

It turned out that tau phosphorylation is directly related to the functioning of blood vessels in the brain. In addition to a salty diet, researchers began feeding mice L-arginine, a precursor to nitric oxide. In its presence, the amount of phosphorylated tau decreased, and cognitive impairment was prevented.

Scientists repeated their experiments on transgenic mice, trying to disconnect certain links of this chain. Mutant animals that are not capable of producing nitric oxide have accumulated phosphorylated tau even on a normal diet. And tau-deficient mice do not suffer from cognitive impairment, although on a salty diet the blood flow in their brain is still reduced. The researchers also managed to prevent “dementia” with antibodies to tau – they blocked its aggregation, and the effect turned out to be similar to tau-deficient animals.

Thus, nitric oxide turned out to be a link between the state of blood vessels and neurodegeneration. Apparently, in its absence, signal cascades are triggered in neurons, which lead to phosphorylation of tau, and this, in turn, leads to a violation of cognitive functions. The researchers of the work note that they used excessive salt concentrations – 8-16 times higher than normal – while in people who consume too salty foods, the concentration exceeds the norm by only 3-5 times. However, they do not exclude that the mechanisms by which the body responds to such a diet may turn out to be similar, and serious brain damage in humans can occur in the long term.

Long-term study confirms the benefits of chess and crosswords to keep...