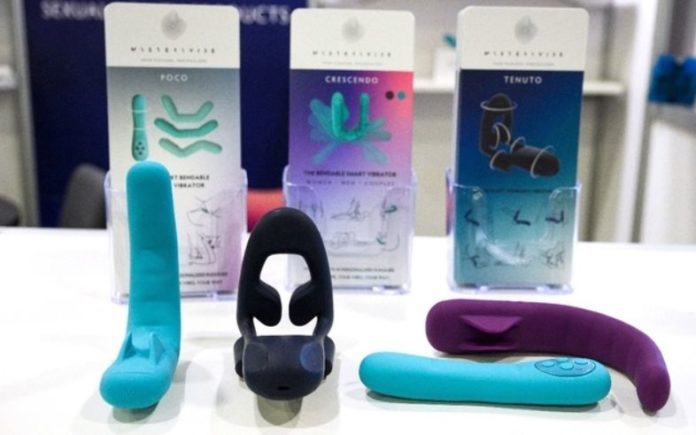 At the 2020 consumer electronics show in Las Vegas, sex toys pride themselves on doing much more than just giving pleasure

Sex toys are supposed to help to relax, educate, recover after childbirth, promote long-term or long-distance relationships and the emancipation of women … and give pleasure. But this dimension comes long after health among the arguments put forward by manufacturers, concerned about respectability. “Sex toys have an extremely negative connotation,” remarks Jerome Bensimon, the president of Satisfyer. “So we renamed ourselves a sexual wellness society”.

The brand has made itself known with its pressure wave technology to stimulate the clitoris and is about to launch an application connected to certain toys, which will allow them to be controlled with the intonation of the voice, in particular.

On its stand at the consumer electronics show in Las Vegas (CES), vibrators and geisha balls rub shoulders with mini vibrators in the shape of ice cream cones. Last year, such a display would not have had city rights. But for the 2020 edition, the sextech is being tested, after long procrastination.

A year ago, the CTA – the organizer of the show – withdrew an innovation award from Ose, a prototype sex toy described as “immoral, obscene and profane”, recalls Lora Haddock DiCarlo, the inventor of this double clitoris and G-spot stimulator.

“Sex toys are consumer electronics, but they are not treated as such,” said Janet Lieberman-Lu, co-founder of Dame Products, which manufactures small clitoral vibrators. “While they are more common in homes than many other products found at CES,” she notes.

Her company has filed a lawsuit against the New York subway, which allows advertisements for sexual impotence drugs, and humorous references to sexuality, but not sex toys.

“To say that erections are a health issue, but that female vibrators are obscene is tantamount to saying that men are supposed to be able to have sex and that women are not supposed to be enjoying it.” And this vision feeds the rape culture,” she asserts.

“Everyone wants to talk about sex”

Pleasure is synonymous with health, hammer all these entrepreneurs who have converted to the sex toy industry after a first professional life in electronics, medicine or beauty. They feel empowered with an educational mission, while textbooks are just beginning to include the shape and size of the clitoris.

“Everyone wants to talk about sex, but it’s often difficult, because of the fear of rejection,” says Soumyadip Rakshit, president of Mystery Vibe, which designs vibrators for female and male organs with functions targeting disorders, erection or scarring in the vagina after childbirth. To talk about it, “people need a catalyst, like a doctor, an article, a celebrity, a series …”

Two stands further, Gerard Escaler, director of marketing for Lovense, explains to visitors how a “masturbator” for men works, a kind of tube with a sleeve inside, pink for straight people, transparent for homosexuals.

Lovense is also developing a game in virtual reality, with a female character, connected to the male sex toy. Visitors must imagine the result, this kind of images – even of synthesis – being forbidden inside the fair. But the “sexual well-being” industry, which will represent nearly $ 40 billion by 2024, maybe well advised to keep a share of shadow and controversy.

Without the scandal, Lora DiCarlo’s nearly 300-dollar sex toy would probably not have taken off so quickly. “During our presale in November, we reached our annual sales target in 5 hours”, rejoices the entrepreneur, aboard a transparent truck stamped “The pleasure is for you”, which crisscrosses the streets of Las Vegas throughout the duration of the CES.

A singer can break a wine glass by hitting the right pitch, due to...