A farmer in South Africa shoots a woman, injuring her arm. He tells the police that he thought the black woman was a hippopotamus. He is currently being investigated on suspicion of attempted murder.

In South Africa, a white farmer shot and injured a black woman after mistaking her for a hippo. On Thursday, the 77-year-old Paul Hendrik van Zyl was taken before a Johannesburg coroner and released on bail. The man was caught Tuesday in northern Limpopo province after shooting rounds at a woman fishing with her boyfriend on a riverbank.

According to a police spokesman, the suspect claimed he thought he was shooting at hippos. The 38-year-old woman named Ramokone Linah had an arm injury in the encounter, but her lover was able to flee. Prosecutors are looking into an attempted murder case.

According to Mashudu Malabi-Dzhangi, a provincial NPA spokesperson, the accused “is the owner of the farm where the incident occurred.” During the arrest, police seized two rifles, one revolver, one handgun, and two airguns.

Local media reported that She was part of a community of local men and women who had been fishing in a river near Mamojela Park, an informal settlement outside the mining town of Lephalale.

On Thursday, supporters of a left-wing political group known as Economic Freedom Fighters (EFF) protested outside the courthouse against the suspect’s bail release.

#RitualKillings EFF MPL Jossey Buthane has sent a strong warning that should the suspect be given bail, they will turn Seshego magistrate's court upside down. pic.twitter.com/UPWalKQXag

South Africa still has substantial divisions between the white minority and the black majority population twenty-eight years after apartheid ended.

You were reading: White Farmer Fatally Shoots Black Woman He Thought Was a Hippo 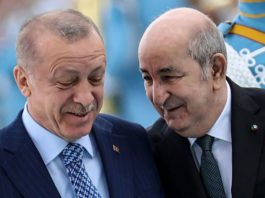 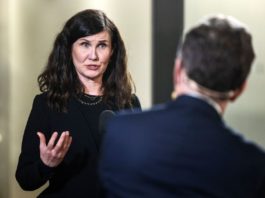 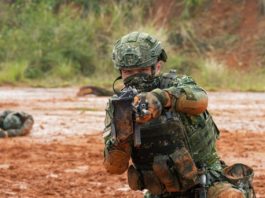 China reinforces its Army to invade Taiwan in ten years