Taiwanese engineers created a virtual reality helmet that can stretch the skin on the face to convey the sensations of interacting with the virtual world around it. For example, it conveys the feeling of bends and bumps on bumps while riding a motorcycle. Developers presented this project at the UIST 2019 conference.

Imitation of physical contact is one of the main areas of research in the field of virtual reality. The fact is, at the moment, serial devices are practically unable to convey the feeling of interacting with virtual objects. In experimental designs, engineers use a variety of operating principles to simulate physical contact. Typically, such developments are hand controllers, for example, a cube with propellers that resist movement.

Engineers led by Bing-Yu Chen of Taiwan National University have created a VR helmet that acts on the face, not the user’s hands, to simulate physical interaction. The basis of the developers took the serial helmet HTC Vive Pro. They fixed six actuators on it, at the end of each of which there is a round platform, pressed to the skin. Each actuator has two electric motors that allow you to shift the pad and the skin under it in two directions.

The idea of ​​engineers is that, by shifting the platforms to the side, the helmet can imitate some aspects of interaction with the real world. The developers conducted experiments on volunteers in which they established both the minimum distances and angles of displacement that people can distinguish and threshold, above which displacements bring significant discomfort.

To demonstrate, the developers created three applications showing different examples of using a helmet. In the first demo application, the user rides a motorcycle and experiences various effects: the weight of the helmet, the pressure of the incoming airflow, inertia when turning and shaking when driving irregularities. In the second application, the user plays snowballs. When a snowball gets into it, the user feels both the hit itself and the difficulty in opening his eyes for some time after that.

In a third demonstration, engineers showed that a helmet can be used not only to simulate real effects but also as an output interface. In this application, the user walks through a virtual museum and receives tips about where he should turn or look, in the form of corresponding skin displacements. 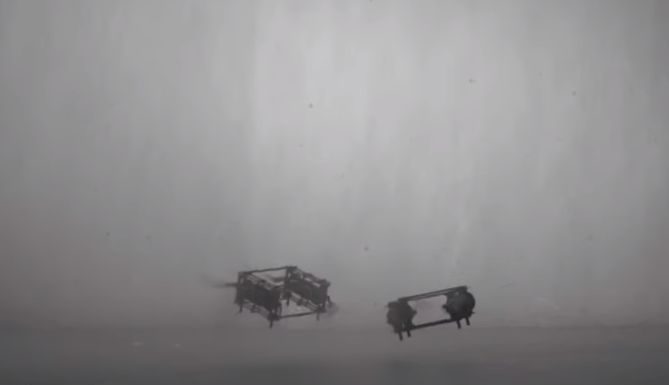 HSBC cut profit and revenue and warned of write-offs