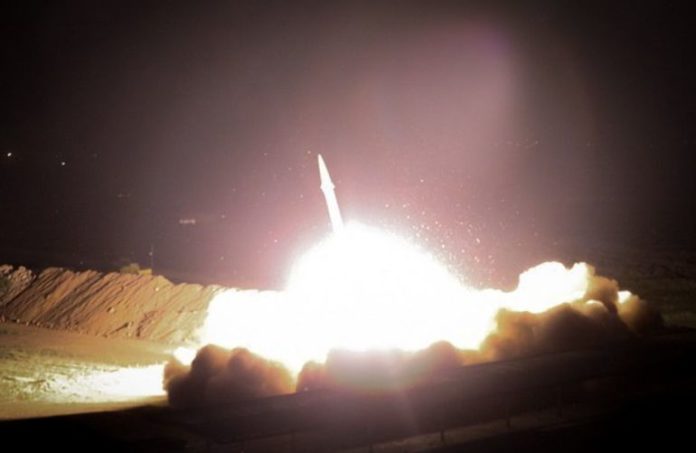 The Islamic Revolutionary Guard Corps, a branch of the Iranian Armed Forces warned the United States and its regional allies not to retaliate for the missile attack on the Ain al-Asad airbase in the Iraqi province of Anbar, in the west of the country, according to a statement released by the IRNA state news agency entitled “Revenge has begun.”

“We warn all American allies, who gave their bases to their terrorist army, that any territory that is the starting point for aggressive acts against Iran will be attacked,” said the Revolutionary Guard, which also threatened Israel.

Iran responded to the United States on Wednesday for the murder of a Revolutionary Guard general and launched a series of ballistic missiles against two Iraqi bases where US troops are stationed, a fact that intensifies tensions.

The attacks, which occurred at a time when Iran buried Soleimani, caused fear that the old enemies would approach a war. But there were some indications that there would be no major reprisals from either party, at least in the immediate future.

Tensions in the Middle East have increased in recent months after Trump’s decision to unilaterally withdraw his country from a nuclear agreement between Tehran and the world powers. The murder of Soleimani and the launch of missiles represent the first occasion in the last years in which Washington and Tehran carry out direct attacks in the region. The offensive increased the possibility of an open conflict between the two countries, which have been enemies since the early days of the 1979 Islamic Revolution in Iran and the subsequent seizure of the US embassy and hostage crisis.

Iran announced a single attack, but US officials confirmed two. Defense officials were in the White House, probably to discuss options with Trump, who launched the attack on Soleimani while facing a political trial.

Two Iraqi security officials said at least one of the missiles appears to have hit a base plane, causing a fire. It was not clear at the moment if it was an American or Iraqi ship. There were no reports until the moment of casualties for the attacks, according to officials, who spoke on condition of anonymity because they were not authorized to inform the press.

Around 70 Norwegian soldiers were at the air base, but no one had been reported injured, Brynjar Stordal, spokesman for the Norwegian Armed Forces, told The Associated Press.

Lithuanian authorities assured that they do not need US tanks

The US Army mistakenly reports the relocation of its troops in...

The US activates the security alarm in Iraq and urges its...