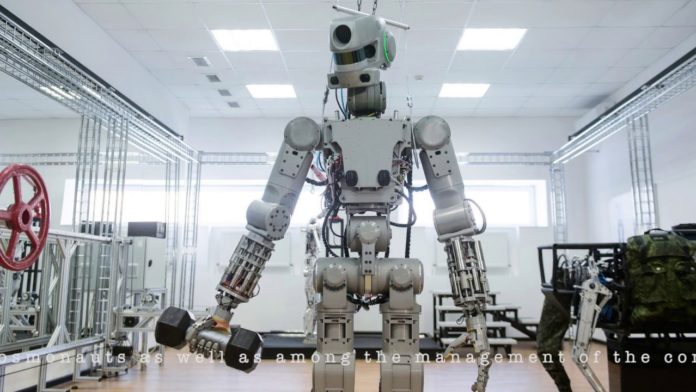 Designed by the Russian space agency, the automation analyzed the environment of a new version of Soyuz that will bring astronauts to the ISS.

A new version of the Soyuz vehicle that successfully approached the International Space Station today (after an unsuccessful attempt on Saturday) carried a humanoid robot on board: this is the Skybot F-850 unit designed by Rocsomos, the Russian space agency.

Skybot F-850, a Russian robot for the ISS

Among the endowments of the automaton there are sensors that have been used to measure some parameters related to the last upgrade of the Soyuz: the accelerations to which the crew members are subjected, the vibrations, the temperature of the environment. In this way it will be possible to intervene first by making the necessary corrections before the vehicle is used next year to bring new crew members from the Earth to the ISS.

Skybot F-850 will not remain in orbit for a long time: just a couple of weeks, then it will return to the ground for an analysis by the Rocsomos engineers. On the International Space Station, it’s distant relatives Astrobee, handyman robot designed by NASA and with a cubic design, will be able to support the astronauts in routine operations.