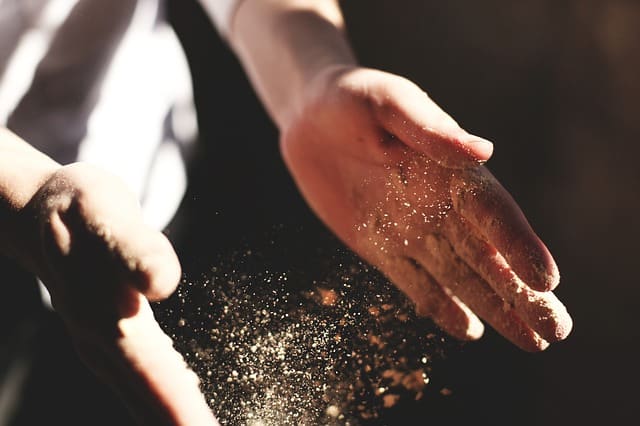 470 million years ago, the climate on Earth was fairly homogeneous – it was warm or mild almost everywhere. That changed in the course of the Ordovician, however. The globe came into an ice age; distinct climate zones developed. At the poles the sea froze.

Now, a team led by Birger Schmitz of Lund University wants to have found an important cause for the change: According to the new study, a huge asteroid between Mars and Jupiter has decayed into dust just in time. this dust has then spread in the inner area of ​​our solar system and reduced the solar radiation. That could have been a deciding factor, according to the authors, that the earth was then going into an ice age.

The result was completely unexpected, says Schmitz, according to a press release. The analysis of sedimentary rocks in southern Sweden put the researchers on the trail of the asteroid. In the former seabed they were able to measure extraterrestrial helium. This helium has apparently come to Earth with the asteroid dust. In the rock they also found rare minerals, which are often contained in asteroids.

No disadvantage for biodiversity

“Normally, the Earth gets about 40,000 tons of extraterrestrial material every year,” says co-author Philipp Heck, a curator at the Field Museum in Chicago. Due to the dust created during the asteroid collision, the earth has received thousands to ten thousand times as much material. The scientists estimate that the asteroid had a diameter of 150 kilometers.

For the biodiversity the cooling was obviously no disadvantage, but even an advantage. This is mainly due to the fact that the dust did not appear suddenly, but unfolded its cooling effect over the course of two million years. This made it possible for life on Earth to gradually adapt to falling temperatures. At that time, many new species emerged.

If the results of the team around Schmitz withstand the peer review, it would be the second proven case of influencing life on Earth by an astronomical event. However, the climate change in the Ordovician triggered by the asteroid collision differs greatly from the event 66 million years ago. At that time, an impact of an asteroid (or comet) in today’s Mexico led to a rapid cooling – in addition probably enhanced by volcanic activity at the same time – which resulted in the extinction of the dinosaurs.

Your Chicken knows when to escape or stay calm in front...

Chandrayaan-2: Second Indian lunar mission to be launched this July

Christina Koch, the woman who has been the longest (in a...

Astronomers saw the birth of strontium in space