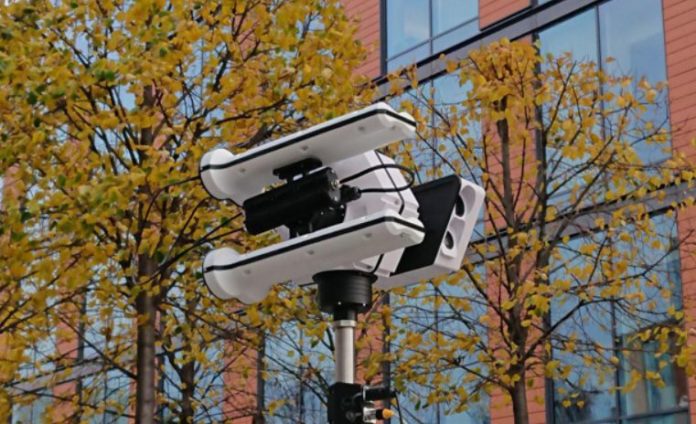 Kaspersky Lab company introduced a system that allows you to protect the territory from the passage of drones. It detects the drone using cameras, radar, lidar or microphones, recognizes the model of the drone and sends radio interference in its direction, because of which the device loses contact with the operator and makes a landing.

The decline in the cost of civil multicopter in recent years has led to a sharp increase in their prevalence. This led to both positive results (for example, made airborne imagery more accessible) and negative (for example, blocking airports). To protect against drones, engineers develop various means of control, working on different principles. One of the most common methods is jamming. This allows you to interrupt the communication between the drone and the operator and also does not destroy the device, because after blocking the signal, it either returns to the takeoff place or lands safely at the point of disconnection (this is standard behaviour for commercially available drones).

There are already serial systems for creating interference for drones, both aiming and creating a “dome” from interference, but usually, the operator is responsible for detecting the device and neutralizing it in them. Kaspersky Lab introduced a hardware and software system that automates the neutralization of drones using radio interference.

The system consists of software that was developed by Kaspersky Lab, and hardware, for the manufacture of which third-party integrator companies are responsible. Since the developers created the system as modular, it can consist of various equipment, but in general terms, it consists of a detection module, a recognition and neutralization module, as well as a computing module.

The detection module may include a camera, radar, lidar or microphones. He is responsible only for the detection and localization of the object. After that, a motorized tracking station with two cameras rotates towards the detected object. It recognizes the type of object, and if it turns out to be a drone, it recognizes its model. This is necessary in order to select the radio frequency between the drone and the operator’s console, which then interferes with two antennas. At the same time, the system cannot determine the frequency itself and in the case of using a non-standard frequency (for example, with a home-made drone), it will not be able to land the device.

The system can simultaneously monitor various objects, but one neutralization station can interfere with the operation of only one drone or several that are not far from each other since the antennas in it create a narrowly focused signal. The order of work with objects is determined by the probability that the detected object is a drone. In a future version of the system, developers are going to add the ability to choose the priority of goals by the operator.

The prototype that the company showed at the presentation consists of a rack with radar and lidar, another rack with several cameras, a jamming and tracking station, and a computing module. In the current hardware configuration, the system is able to control airspace within a radius of about a kilometre, but engineers note that the distance can be higher if, for example, a camera with a large focal length and resolution is used.

The developers note that the cost of the demonstrated minimum set is about one hundred thousand dollars, however, the price can be higher and depends primarily on what equipment the customer chooses. The company can also integrate its software at facilities that are already equipped with suitable surveillance cameras and other equipment.