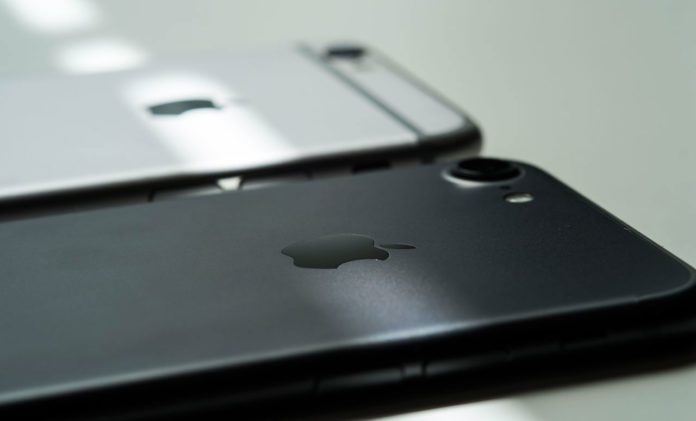 The constant rumor about a new iPhone SE 2 brings an interesting debate under the arm about the size of this hypothetical terminal. If the original iPhone SE returned the four inches to the technological stage, the different reports point to growth up to 4.7 inches in its reissue. Which has generated some discomfort among the nostalgic four inches.

The four inches are no longer enough

The original iPhone SE was released in March 2016, just six months after the iPhone 6s. Apple launched it through a press release, something unusual for the company, but which gave an indication of the discreet role that the new terminal deserved in its eyes. With a price of $ 399 for quite attractive specifications, it quickly became the most attractive iPhone for those who wanted to enter the world of iOS.

Successive sales and increased storage capacity reinforced the perception that it was the “cheap” iPhone that many dreamed of. Apple stopped selling it in September 2018, although a few months later it launched up to four inventory settlements of this model.

Measuring the popularity of the iPhone SE is not easy. Only Apple knows for sure what the sales have been over time and how they compare with other models. DeviceAtlas has a network of websites from which you can extract an approximation of the iPhone model distribution. The top chart shows global data for the second quarter of 2019. Grouping the different models by their sizes, we obtain the following results (applying base 100):

We do not know the accuracy of the data provided by DeviceAtlas or if they will have some kind of significant demographic deviation produced by being an analysis of 36 countries. For example, it is striking that the iPhone XS and XS Max are ahead of the iPhone XR, when they were released at the same time and Apple claims that the 6.1-inch was the best selling model since its launch.

In any case, the grouping of models by size gives us interesting data. Almost half of them correspond with a 4.7-inch iPhone screen. Followed by 5.5-inch models and then by 5.8 inches.

Undoubtedly, the reflected data make more sense in this graph. The immense popularity of the 4.7 inches represents almost 50% of all the models analyzed. Interestingly, in 5.8 inches there is a small “bump” that prevents the passage of 5.5 to 6.1 inches from being linear.

What is demonstrated, although we do not know the exact figures of the distribution, is that the four inches are no longer the most popular model. The user tends to want more screen space, not less.

The 4.7 inches would make sense to the iPhone SE 2

Resorting to a new input terminal requires making it as attractive as possible, within limits. And what demonstrates the progressive increase of iPhone screens over the years, is that the user asks for more space, not less. Every time we consume more content on a smartphone, so it is a priority to have a larger screen.

The minimum starting point for the coming years suggests that it will be 4.7 inches. The same ones that make the iPhone 6, 6s, 7 and 8 the most popular models to date. Having more space allows the user to comfortably watch more videos and streaming services, better view the photos to be taken and read content online comfortably, among other uses.

Rumors about a possible 4.7-inch iPhone SE began in April of this year. At that time it was already indicated that it could be a kind of iPhone 8 update, with more current components. Precisely the terminal size that is most popular according to the data seen in the previous section. The 4.7 inches would be the basis on which the iPhone would start from 2020 and logic tells us that this model would replace the iPhone 8 with a lower price.

Nostalgia for the four-inch iPhone

Every time the iPhone SE theme is brought up, numerous users emerge who defend its reissue. They want to see the return of an updated 4-inch model, if possible with Face ID and the latest screen technologies that would reduce their frames. This is still an exercise in technological nostalgia.

However and although it would surely have its audience, the reality is that the four inches are no longer enough for users. They are a niche of, possibly, a handful of millions of users but not worth serving with a specific model. The data already indicates that 4.7 inches are the minimum acceptable size for a large number of users, with a significant amount that bets on larger diagonals.

That is why, vehemently demanding a four-inch iPhone is still a desire rather than something really demanded. Apple would do well to reissue an iPhone SE but with 2014 design with more screen and current components. The data would point to a market success.

Why Pixel 4 is a highly anticipated tool for researchers?

Beyond Android: this may affect the US blockade of Huawei on...

WhatsApp announces end of support for Windows Phone, iOS 7 and...