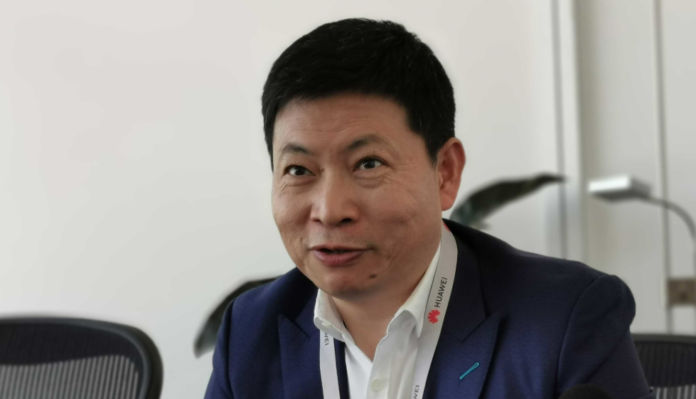 HarmonyOS could reach the market with the Huawei P40, the next big flagship that the Chinese company will launch in spring next year. This was stated by Richard Yu, CEO of the Huawei mobile division, in an interview with the media at IFA 2019 and after the conference where they presented their new Kirin 990 processors.

There was a lot of expectation to know if Huawei would give any clue about the future of Android on their mobile devices, or if they would mention something related to the arrival of HarmonyOS. During the Keynote, Richard Yu did not mention anything about it, but then he did get wet after the conference. In it, he has deliberately mentioned the P40 as the mobile with which HarmonyOS could arrive.

“We are associated with Google,” Richard Yu explained to the press questions about the arrival of HarmonyOS. “But now the US government has put us in a position where it is impossible to continue using Google Mobile Services on new products in the United States.”

Microsoft releases Build 18362.10019 in the Slow Ring: Improvements and news

Yu has made it clear that HarmonyOS is now ready to be used on mobile phones, but they are waiting to see if their situation changes in the United States. We remember that the company is trapped in the middle of the US-China trade war, where Trump has banned his companies from doing business with Huawei.

Therefore, although so far all new phones are coming out and will continue to be updated with Android, the question is in the next releases in which you will not be able to use Google products on Android, which would leave them outside the official app store and Many other basic and essential services for mobile operation.

“If we are still prevented from using Google Mobile Services on our phones, then I think we will consider using our HarmonyOS,” he said. ” So the first product with HarmonyOS may be the P40 next spring, maybe next March.”

Windows 10 excessive CPU usage: the solution may arrive in a few days

During this interview with the media, the CEO of Huawei also mentioned that they have ready their own gallery of applications, as well as some “Harmony movile services” that would replace those of Google. Come on, your operating system already has ready adapted applications, both basic and other third-party applications.

With these statements, not only is the date set for the arrival of the operating system created by Huawei as an alternative to Android, but it also ends the speculation of what would happen to the Mate 30 that they present in a few days. Not sure that it arrives with Android applications, they have not clarified anything about it, but everything seems to indicate that it will come with Android.

HarmonyOS will be compatible with Android

The idea is that HarmonyOS adapts to any screen but also to different development methods. The HarmonyOS kernel is based on Linux, so it is able to read and run Android applications for example. But they also hope to develop the operating system so that in the future it can work with HTML5 applications. At the moment they keep the Kernel of Android, Linux (LiteOS) and HarmonyOS itself separate. Regardless of that, they hope to replace Linux in the future with HarmonyOS.

It is based on a microkernel structure, this makes it much more versatile since a universal kernel is not used for all devices, but smaller cores focused on different areas of the operating system. In principle, a more compact core capable of running on varied platforms is optimally achieved. This also allows for example not to grant root permissions to external services, as happens in Android for example. This means that, in principle, more security is offered to the user.

The company also said it is a lightweight operating system and capable of operating on devices with reduced performance. For this they have the distributed architecture, which allows developers to make a single application and the operating system who decides how to display and run the app on each product.

HarmonyOS has a latency engine that sets the priority for the execution of each task, thus making IPC performance more efficient and improving the performance on the device. In other words, it will optimize the apps in the best possible way in each type of device we use.

In any case, everything is not yet said, and everything now depends on what the US government has decided in regards to the permits of local companies to do business with Huawei. There is still the opportunity for everything to be clarified and their mobiles continue with Google’s Android, keeping HarmonyOS in a secondary system.

IFA 2019: Samsung folds the phone for the second time

Why Pixel 4 is a highly anticipated tool for researchers?