SWEATSENSER Dx: New smartwatch identifies patients at the highest risk of dying – through their sweat 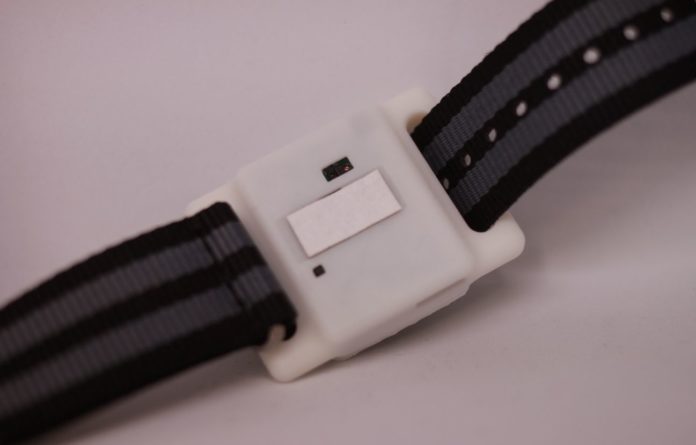 A smartwatch has been developed that could revolutionize the detection and treatment of Covid-19.

The wrist-worn device identifies patients at the highest risk of dying – through their sweat. It picks up signs of a potentially deadly over-reaction by the immune system.

Antibodies ravage the heart, lungs and other organs – triggering inflammation.

The phenomenon, known as a ‘cytokine storm’, is a major reason Covid kills.

Principal investigator Professor Shalini Prasad, a bioengineer at the University of Texas at Dallas, said:

“Especially now in the context of Covid-19, if you could monitor pro-inflammatory cytokines and see them trending upwards, you could treat patients early, even before they develop symptoms.”

SWEATSENSER Dx, unveiled at a virtual meeting of the American Chemical Society, would alert doctors and patients to an impending attack.

It opens the door to faster and more effective therapy. Early diagnosis is vital.

Steroids and other drugs work if administered quickly – offering hope of reducing hospitalizations and mortality.

Early in the pandemic, it was realized those who suffered the surge of proteins were often the sickest.

The complication can also occur in other illnesses – including flu.

The proteins are also excreted at lower levels in sweat. But exercise and other collection techniques alter them.

“When it comes to cytokines, we found you have to measure them in passive sweat.

“But the big challenge is we don’t sweat much, especially in air-conditioned environments.”

She estimates most of us produce only a tenth of a drop, about 5 microliters, in a half square inch of skin in 10 minutes.

The gadget is based on a similar sensor created by the same team to monitor IBD (inflammatory bowel disease).

Passive sweat diffuses onto a disposable strip with two electrodes and antibodies against seven pro-inflammatory proteins that is attached to an electronic reader.

It wirelessly transfers electrical current data to a smartphone app that converts the measurements to protein concentrations.

After a few minutes, the old sweat diffuses out and newly excreted sweat enters for analysis.

A study of six healthy people and five with flu found two of the latter group had elevated cytokines.

In all the participants, the proteins in passive sweat correlated with levels in blood serum.

The tool was even sensitive enough to measure cytokines in patients taking anti-inflammatory drugs, who excrete them in much lower concentrations.

It tracked levels for up to a week before the sensor strip needed to be replaced.

Start-up EnLiSense, co-founded by Prof Prasad, is planning clinical trials of the device in patients with respiratory infections.

“Access to Covid-19 patients has been a challenge because healthcare workers are overwhelmed and don’t have time to test investigational devices.

“But we are going to continue to test it for all respiratory infections because the disease trigger itself doesn’t matter – it is what is happening with the cytokines that we are interested in monitoring.”

Oxytocin, popularly known as the "love hormone" or "cuddle hormone," is a chemical produced...

Japanese researchers have discovered the mechanism by which the measles virus can lead to...
Revyuh