A drug commonly used to treat stomach ulcers has shown promising results to stop the replication of SARS-CoV-2 coronavirus in a patient’s body, according to a study from the University of Hong Kong.

In this way, the study could provide a new and accessible treatment option for the virus that causes COVID-19, the authors of the research published in Nature Microbiology believe.

Researchers believe that the drug, ranitidine bismuth citrate (RBC), could give results similar to those of remdesivir, but at a lower cost.

RBC contains a metal called bismuth, which researchers say could reduce the viral load on human and cells infected with coronavirus to less than one-thousandth of its previous levels.

In Hamsters, RBC was able to reduce viral load to only one-hundredth of its previous levels in both the upper and lower respiratory tracts and mitigate virus-associated pneumonia.

“The team infected Syrian golden hamsters to simulate the situation with human infection. Research has shown that the drug can easily and precisely disrupt the function of the spinning enzyme in the DNA of the new coronavirus,” says one of the researchers and study authors, Professor Sun Hongzhe. He explained that later the coronavirus can be eliminated.

The team found that RBC can target vital non-structural protein 13 (Nsp13), a viral helicase — a type of enzyme — that is essential for SARS-CoV-2 to replicate.

“We think the target of this drug is a very important enzyme in COVID-19: helicase. When a viral infection occurs in the body, the nucleic acid in the helicase should reproduce a double helix and spin it like a ball of wool thread,” explained Sun Hongzhe.

In this way, if the spin function is lost, the virus will lose its ability to reproduce and die, the scientist added.

At the same time, Sun Hongzhe pointed out that more animal experiments are needed to further test the drug.

“Although this drug has been used to treat bacterial infection for more than 20 years and no side effects have been observed, we still have to do more research for safety reasons,” he said.

He also indicated that any concerns about antiviral resistance were low.

“The RBC targets the helicase and can’t mutate too much, otherwise the cell wouldn’t survive. It can be used in the form of drug cocktails that target multiple areas, so it’s harder for the virus to develop resistance”.

The team has applied for a patent in the US to use RBC in the treatment of patients with COVID-19. 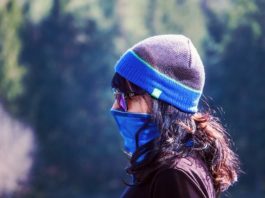 Survey: Young people are not irresponsible for coronavirus – 83% follow... 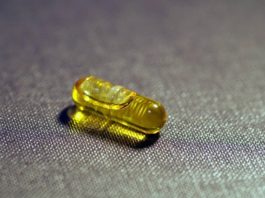 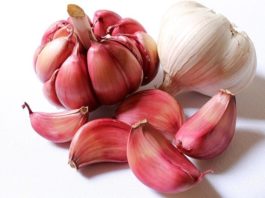 This popular way of cooking garlic makes it deadly dangerous