More
HomeSmartSmart MobilityTesla Model 3 vs the fastest electric speedboat: who gets to the...

Tesla Model 3 vs the fastest electric speedboat: who gets to the destination first? 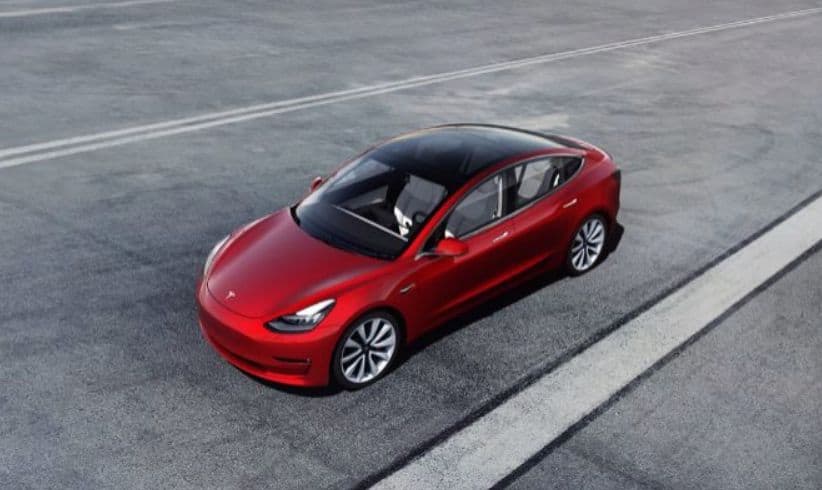 Electric vehicles play a leading role in the great transformation of mobility. But what are the means to get around in the most efficient and fast way? ‘Auto-mobil’, a German television show from VOX, sought answers through an experiment with a Tesla Model 3 and the Candela Seven, an electric boat equipped with foils, appendages that push the hull over the surface of the water to reach high speeds.

A unique race was held between Cologne and Dusseldorf, two cities connected by the Rhine River. The aim was to demonstrate the feasibility of high-speed electric boats as an alternative to the Autobahn motorway network, especially at peak times when thousands of cars drive between the two locations.

The speedboat chosen to measure itself to the Tesla was the Candela Seven, the first high-speed electric boat in mass production. Thanks to the hydrofoils located under the hull, this Swedish creation flies above the surface of the water, reducing water friction by 80 per cent. It boasts a range of 92 kilometers at 25 knots (46 km/h) and a top speed of 30 knots (55 km/h).

The Candela Seven design team produced an extremely lightweight 7.7 meter ( 1,300 kg) flying boat. Built entirely of carbon fiber, except for the teak deck, it has a main ‘foil’ near the center of gravity and a smaller one Aft T-shaped. Its best asset, however, lies inside: an innovative flight control system, capable of detecting the waves by bow and automatically adjusting the position of the foil 100 times per second.

The distance between Cologne and Dusseldorf is about 45 kilometres by land, while by the river it is 55. On paper, the speed of the Model 3 and the fact of travelling a stretch in the Autobahn without speed restrictions could give a clear advantage to the car, but it is still necessary to add the traffic factor, which makes it difficult to complete the ride in less than an hour. In addition, on the other side of the ring, the Candela Seven eliminates the main pit for navigating the Rhine, the swell created by other boats, thanks to its computer-controlled foil system.

In the end, according to the drivers, the race was more interesting than expected and with technical problems included. And enough to test the effectiveness of electric boats with foil as a means of transport. “I think we proved that electric boats with foils are a great zero-emission alternative to road transport in many urban areas. Inland waterways, especially in Europe, are underused for this purpose. Since our boats do not produce wake or wave, you can go full speed without disturbing other boats or marine life and without causing erosion, concludes Kristian Sloth Lauszus, Candela’s control systems engineer.

To watch the peculiar duel aired on the German show: here.

Attention, spoiler: But what was the outcome of the showdown? The Tesla beat and it did it in a resounding way. Two reasons explain the superiority of the car in this experiment: a technical problem aboard the Candela Seven and an unusual little traffic on German roads due, according to the presenters, to the health crisis. They also calculated that the 30 minutes difference could stay at 15, if the ship had not suffered the breakdown, getting to scratch a few more minutes with the help of some traffic lights and other unforeseen events. In any case, both arrived at their destination efficiently and with zero emissions.

Vitamin That Could Lower The Risk Of Type 2 Diabetes Among Millions With Prediabetes, New Study Finds

A simple vitamin supplement might prevent the onset of type 2 diabetes in high-risk...
Health & Fitness

Researchers from the University of Birmingham and Bangor University who published their findings in...

Vitamin That Could Lower The Risk Of Type 2 Diabetes Among Millions With Prediabetes, New Study Finds

A simple vitamin supplement might prevent the onset of type 2 diabetes in high-risk...
Health & Fitness

A study by a University of Texas at Austin paleobiologist shows the devastating impact...
Revyuh