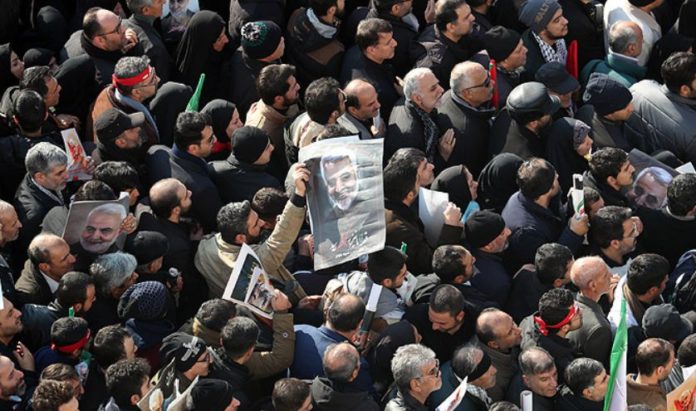 The document was adopted unanimously in response to the assassination of General Qasem Soleimani during a U.S. special operation in Baghdad on January 3.

According to the president of the Iranian Parliament, Ali Lariyani:

Today, after the cruel US measure to assassinate General Soeimani, whose responsibility has been accepted by the US president, we modify the previous law and announce that all Pentagon members, commanders, agents and those responsible for the martyrdom of General Soleimani will be considered terrorist

The motion involves a modification of the law passed in April, which already declared the Central Command of the US Army operating in the Middle East as a terrorist entity, in response to the US decision to include the Revolutionary Guard in its list of terrorist organizations. Iranian.

According to one of the articles of the bill, the Iranian administration should also send 200 million euros from the National Development Fund to the Al-Quds, commanded by Soleimani to strengthen their defence capabilities.

As reported, the operation to eliminate Soleimani was carried out in Iraq by the US military at the direction of US President Donald Trump.

According to Washington, the Iranian general was preparing attacks against American interests, while various Iranian civil and military officials warned that there will be a “hard revenge” to the crime.

The day before, in Tehran, millions of people took part in a mourning ceremony dedicated to the murdered general.

Fugitive organizer of the Sochi Olympics detained in the United States