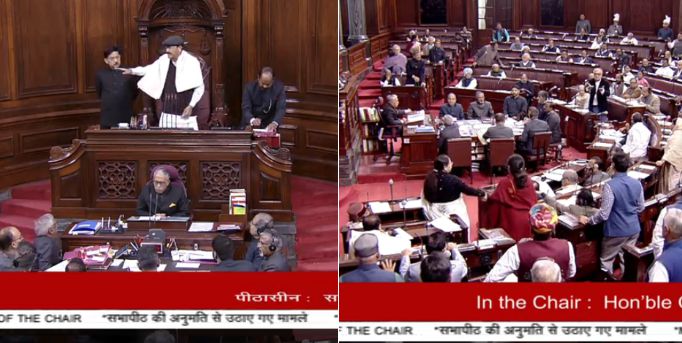 There is a lot of uproar in Parliament over a comment on the rape of former Congress President Rahul Gandhi. Due to this, proceedings of Lok Sabha and Rajya Sabha also had to be stopped. As the Question Hour began on the last day of the winter session, many women members of the BJP stood in their places and started demanding apology from Rahul Gandhi. Union Minister for Women and Child Development Smriti Irani said that for the first time a leader has given such a statement. He said that this is an insult to the women of India and the country and Rahul Gandhi should apologize. Several other ministers and members of the BJP also demanded an apology from Rahul Gandhi.

On the other hand, Congress members also raised slogans. Party leader Adhir Ranjan Chaudhary appeared, complaining that he was not being allowed to speak. Amid sloganeering from both sides, Lok Sabha Speaker Om Birla urged the members to go to the seats and run the Question Hour. However, seeing the commotion did not stop, he adjourned the house meeting till 12 noon. On the other hand, there was a lot of uproar in this issue also in Rajya Sabha. There was a heated argument between the BJP and Congress members.

Few MPs in Rajya Sabha raise slogans of 'Rahul Gandhi maafi maango' over Rahul Gandhi's 'rape in India' remark; Rajya Sabha Chairman M Venkaiah Naidu says, "you cannot take the name of a person who is not a member of this House. No body has the business to disturb the House". pic.twitter.com/Ojp2BthDBO

The biggest rapist in the United Kingdom: filmed more than 100...