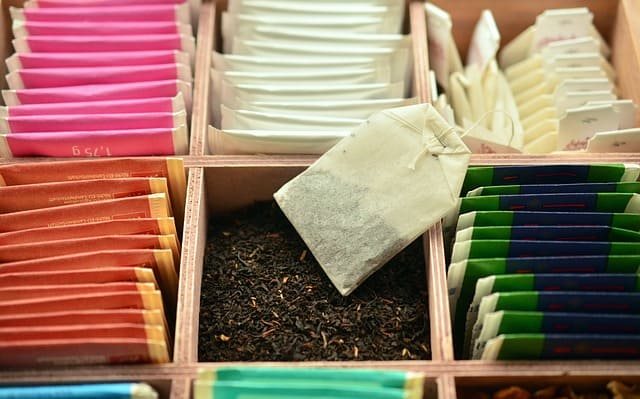 Canadian scientists found 11.6 billion microparticles and more than three billion nanoparticles of nylon and polyethylene terephthalate in tea certified with a bag of plastic mesh. Scientists have concluded that together with one cup of such tea, up to 16 micrograms of polymer particles can enter the body: such microplastic concentrations are several orders of magnitude higher than the known contents in food products. The study, which also describes the effect of particles on Daphnia organisms Daphnia magna.

Despite the fact that many are trying to get rid of the use of polymers in production and in everyday life, some tea companies, on the contrary, are moving from the usual paper bags to plastic ones. At the same time, at temperatures above 40 degrees Celsius, even polymeric materials suitable for food packaging can decompose or release toxic substances.

Laura Hernandez and colleagues at McGill University checked how many micro- and nanoparticles of plastic get from such a tea bag into the water when brewing, and how living organisms, using large daphnia Daphnia magnaas an example, develop in such solutions. To do this, they placed empty tea bags for five minutes in hot water (95 degrees Celsius), which they then evaporated. After that, the researchers analyzed the dry residue with a scanning electron microscope for the presence of plastic particles. The nature of the particles was confirmed by X-ray photoelectron spectroscopyand infrared spectroscopy with Fourier transform.

In order to investigate the amount of plastic particles that is released only from the sachet when brewing, the authors poured the contents, washed the sachets several times with room temperature water and dried in a stream of nitrogen.

The average particle diameter was calculated from 90 images of the microscope in arbitrary parts of evaporated solutions of each of the four studied sample bags, and the number of submicron particles was determined by their Brownian motion in the solution by analysis of the trajectories of nanoparticles.

Depending on the sample, 7.8 to 21.4 billion plastic particles fell into the water from one tea bag. By averaging the data for four samples, scientists came to the conclusion that on average about 2.3 million microparticles and 14.7 billion submicron particles can enter the body from one cup of such tea, of which about 3.1 billion are smaller than one hundred nanometers.

Depending on the type of tea bag, particles of a similar size of the material from which it is made – either nylon-6.6 or polyethylene terephthalate (PET) – fell into the water. Given the size, composition and concentration, the authors claim that together with one cup of tea from a polymer bag, a person drinks 13-16 micrograms of plastic particles.

Scientists have shown that particles do not enter the solution due to cutting, repeating the experiment with whole tea bags. According to them, plastic particles enter the solution precisely because of the destruction of the polymer when heated, since in the experiments with cold water, the researchers counted 300 times less particles. The mechanism of this process has yet to be studied: despite the fact that the studied materials of the bags are considered suitable for use in food products, the influence of microparticles remains unknown.

By placing the toxic Daphnia magna in such a solution, the authors found within their bodies microplastic particles similar in size to those in the solution. Moreover, in some of the daphnia in five- and fifty-percent microparticle solutions from two samples of sachets on the third day of development, structural changes were detected, and the path of the organisms also depended on the concentration of plastic particles in the solution.

Studies of the toxicity of certain chemical compounds on daphnia have already revealed a similar effect on mice and humans. The authors of the new study believe that the greatest influence of plastic microparticles can have on the intestinal tract, and can also enter the cells, causing genotoxicity, apoptosis and necrosis, which can lead to tissue destruction, fibrosis or carcinogenesis.

The effect of microplastics on living organisms in the long term is still not well understood. In August, WHO stated that at the moment the harm from getting microplastics into the body has not been proven, but its distribution in the world is very large. Particles of synthetic polymers were found in groundwater, in the intestines of sea ​​turtles, salt and human excrement.

Via | Journal of American Chemical Community

Scientists find how “Taurine” can help human skin from drying out...

The brain cells of dead pigs have been “reactivated”. But what...