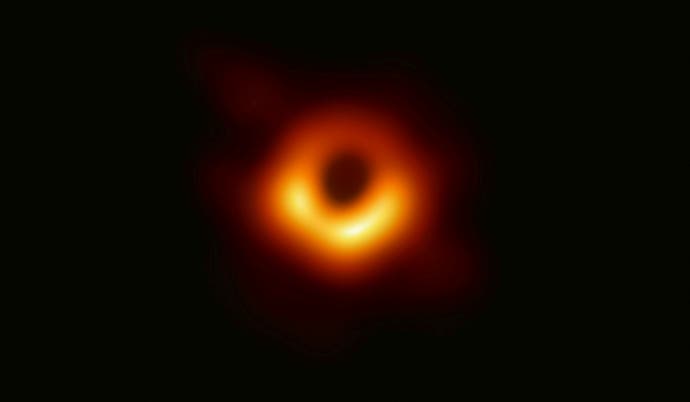 The gigantic black hole in the center of our Milky Way is currently enjoying an unusually rich meal. Astronomers conclude this from a sudden burst of brightness in the mass-monster: it shines as brightly as ever since the beginning of the observations. “We have not seen anything like it in the 24 years we study the supermassive Black Hole,” said Andrea Ghez of the University of California at Los Angeles in a statement. The researchers present their observations in the journal “The Astrophysical Journal Letters”. They are still puzzling over the cause of the sudden outbreak.

Like most galaxies, the Milky Way has an extremely massive black hole in its center. It brings together the mass of around four million suns. Although black holes themselves are not visible, when matter falls into its gravitational vortex, it heats up and glows brightly before disappearing into nostalgia beyond the so-called event horizon. Some supermassive black holes in this way generate more radiation than the entire galaxy in which they sit.

Not so the black hole in the center of our Milky Way. “It’s usually a pretty quiet, dodgy black hole on a diet,” Ghez explained. The researchers had analyzed around 13,000 measurements from 133 nights since 2003. On May 13, 2019, the black hole was suddenly twice as bright as the brightest of the remaining images. “The big question is whether the black hole will enter a new phase,” said Ghez’s colleague Mark Morris. This could mean that the amount of interstellar gas swirling into the black hole increases for a longer time.

Other explanations include large asteroids that have been dragged into the black hole, or individual lumps of interstellar gas that could have caused the sudden fireworks. Another possible cause could be the star S0-2 orbiting the central black hole on a pathway that takes it very close to the event horizon. He could have thrown gas in the direction of the black hole at his recent closest approach in the summer of 2018, which now falls into the mass monster. Similarly it could behave with the sky object with the designation G2, which is probably a double star. It came close to the black hole in 2014 and could have lost its outer shell, argue the astronomers.

Which cause is responsible for the sudden eruption of the black hole, will only be able to show further observations. Danger for the earth does not exist, emphasize the scientists. The mass monster in the center of the Milky Way is 26 000 light-years from Earth, and the radiation would have to be at least ten billion times as strong as observed to play a role in life on Earth.

Artificial hibernation is warming up as trials began on human for...