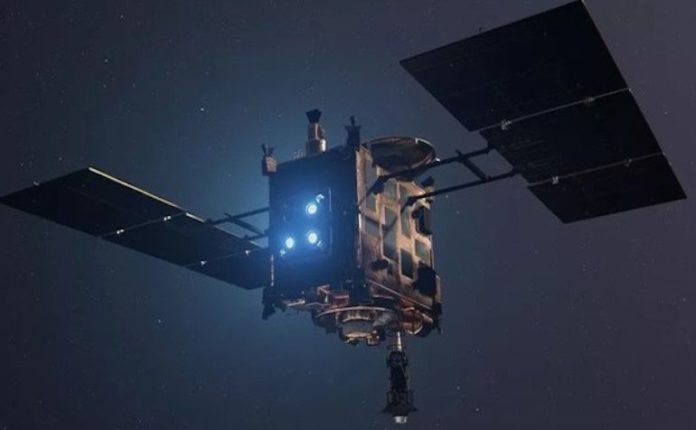 The interplanetary station “Hayabusa-2” officially started the return flight to Earth. All ionic engines of the device have been successfully tested and launched at full power, the mission reported on Twitter.

For a year and a half of operation, the Hayabusa-2 automatic interplanetary station was able to map the near-Earth asteroid Ryugu, as well as obtain samples of the material both from its surface and from its inner layers. In addition, the spacecraft landed two MINERVA-II-1 probes, the MINERVA-II2 module, and the MASCOT (Mobile Asteroid Surface Scout) probe, which received valuable scientific data.

On November 13, 2019, Hayabusa 2 began to slowly move away from Ryugu and five days later left its Hill area. On November 20, testing began on the marching ion engines of the station, which had been idle for a long time, and on December 3 they were launched. Soon, confirmation of the success of all operations and an increase in the speed of the station came to Earth. Thus, the phase of return to Earth officially began.

With this, Hayabusa2’s Earth return cruise operation is declared to have begun.

It is planned that at the end of next year, the capsule with soil samples will be delivered to Earth orbit, after which it will land at the Woomera test site in Australia.

Hayabusa-2 has become one of the most unusual missions to the small bodies of the solar system.

Chinese scientists have created a silk sensor for sweat analysis