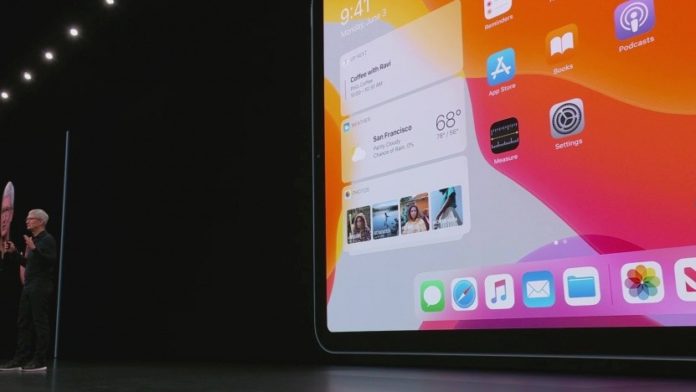 Today, Apple introduced new versions of iOS, macOS, watchOS and tvOS operating systems at the WWDC 2019 conference, and also announced the appearance of a new iPadOS system designed for tablets. In addition, Apple introduced a new version of the Mac Pro computer and the monitor Pro Display XDR. The first day of the conference was broadcast on the company’s website.

In version 13 of iOS, Apple accelerated the system, and also significantly reduced the size of system and application updates. Also in the new version there is support for a dark theme of the system and applications. Updates received and built-in applications, such as the map application. Now the maps display a much larger number of details (probably, these changes affected only maps of North America). In addition, the maps received a panoramic view of the streets, and when moving between frames, the user sees the surrounding objects in a three-dimensional form.

The system also received many small changes. For example, Apple added support for continuous text input with gestures (swipe) to the iOS system keyboard, created an API for logging in to third-party applications or services under an Apple account, similar to Google or Facebook, and added the ability to edit video in the Photo . Apple announced several changes to the HomeKit smart home system, for example, routers supporting this system from Linksys and other manufacturers, as well as transferring video from smart cameras to user devices via iCloud with terminal encryption.

For iPads, the company announced a new version of the operating system, which received its own name – iPadOS. In this version, developers have focused on adapting the interface for large screens. Now users can simultaneously use two copies of the same application: for example, open two documents in Word. The system received some other features typical for computers rather than mobile devices, including support for connecting external drives via USB and the SMB network protocol, system fonts to be added, and also Safari download manager. In addition, Apple allowed to fix the section of widgets in the left part of the list of applications.

Apple also announced several changes to embedded iOS versions for AirPods headphones, HomePod speakers, and the CarPlay car system. For example, users can now bring the device to each other and synchronize the music playing in their headphones or column.

Apple introduced macOS 10.15 Catalina. The company has divided iTunes into three separate applications: Music, Podcasts and TV. In addition, macOS now allows you to use your iPad as a wireless monitor or graphics tablet. Also, the developers have increased the convenience of voice control system for people with disabilities. Apple has updated the search system for lost laptops MacBook. Now, even in sleep mode, they transmit Bluetooth signals that nearby Apple devices can transmit to the owner of the laptop.

Apple announced that the new version of macOS will receive a public tool for porting applications for the iPad. Last year, the company has already announced the introduction of the UIKit iOS framework into macOS, but has not yet made it available to third-party developers. In addition, the company announced the development of a single graphic framework SwiftUI.

The company announced a new version of Mac Pro, in which developers have returned to the classical design of the system unit. In the maximum configuration, the computer received a 28-core Intel Xeon processor and two Radeon Pro Vega II video cards. It has 12 slots for RAM and support for a total of up to 1.5 terabytes. In addition, the computer received eight ports of PCI, as well as two ports of Thunderbolt 3, USB-A, and 10 Gigabit Ethernet. Mac Pro can be expanded with MXP modules with 16 PCI ports, as well as an Afterburner image processing card with FPGA for processing up to 6.3 billion pixels per second. The cost of a computer in the minimum configuration is 5999 dollars.

The watchOS 6 operating system received support for smartphone-independent applications and its own App Store application store, thanks to which the user can install a new application directly from the watch. Also, the watch received a built-in audiobook application, a voice recorder and a calculator. The developers have added a watchOS API for streaming music. In addition, Apple has added new functions related to health and sports to watchOS. For example, the watch will track the volume level of the surround sound and warn the user of the dangerously loud sound to their health.

The new version of the system for the set-top box Apple TV has received the support of several users. In addition, specifically for the Apple Arcade gaming service, the company introduced support for Microsoft Xbox and Sony DualShock controllers.

Recently, a software update was introduced by Google. In particular, it introduced Android Q with a redesigned permissions system for applications, a new Google Assistant feature that allows voice assistants to book a hotel or rent a car, as well as the Google Pixel 3a smartphone, which retained the older version of the camera, but received a much lower price.

Opera GX, the “first gaming navigator”, with useful functions for any...

The new Edge arrives in January: everything you need to know...