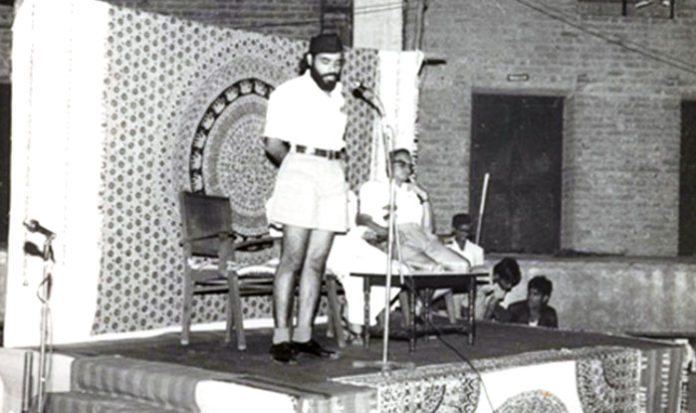 Prime Minister Narendra Modi is about to complete his five-year tenure. PM has once again reached the public and is making 2019 Lok Sabha General Election an opportunity for another term. The opposition is blaming PM Modi for not fulfilling his last election promises, but PM Modi is proving to be an active attacker on the opposition Congress. Meanwhile, the Opposition is not too lenient in criticizing PM Modi and trying to expose his mistakes among the public.

Do you know PM Modi’s 10 such works that people will not forget?

Demonization (Notebendi): Prime Minister Narendra Modi had announced the ban on 8 November 2016 at eight o’clock. While announcing it, PM had passed the statutory validation of 500 and 1000 currency notes present in the prevalence of that time. This step was taken with the purpose of curbing black money. After this announcement, people were engaged in queues for depositing old notes in banks for several months. However, in the final report of the Reserve Bank of India, it has been said that 99.3% of the money will be returned to the banks. The opposition has been calling it an unconstitutional step and alleging that due to this the country’s economic stagnation has stopped, the GDP has gone back, people’s jobs have gone.

Goods and Service Tax (GST): GST was one of the big decisions of Modi Government. It was implemented from midnight on 1 July 2017. Through this, the government arranged to impose a single tax system as GST in place of various taxes like VAT, excise duty, service tax and publicity in the public interest, talking about ‘one nation, one tax’. But due to the related complications after the government’s branding, gradually its flaws began to emerge.

The way it was implemented, it became a problem for small and medium businesses (SME). Several steps have also been taken to solve the problem of traders from the government. Despite all this, the issues of tax rates, arrears of tax evasion and tax officials are often exposed. The opposition Congress has been criticizing GST and alleging that small, medium industries were closed down and jobs became a drought.

Sanitation: Prime Minister Narendra Modi launched the Swachh Bharat Abhiyan on October 2, 2014 as a movement on the occasion of Mahatma Gandhi’s ascension. While duly introducing the movement, the PM himself broomed by his hands. Its purpose was to eliminate the habit of defecation in the open with the surrounding cleanliness. For this, the government has made others, including sports, film, social services, business, politicians, messengers of cleanliness. This initiative of the Modi Government has seen the effect. A lot of people are getting awareness about hygiene.

Meanwhile, questions on the monetary policy figures were also raised. The government has got the opportunity to attack the Opposition without having black money related figures.

Advancing outright leaders in BJP: After the 2014 general elections, not only has changed political conditions in the country, but circumstances also have changed in BJP itself. Seniors leaders in the party gradually moved marginally. Whether it belongs to LK Advani or those involved in the party’s founders or to Murli Manohar Joshi.

Looking at the status of Kalraj Mishra, Karia Munda, Prem Kumar Dhumal, BC Khanduri and Shanta Kumar, this list seems right too. The unannounced ban is also pointing to the party’s 75-year-old leader’s election. The BJP, which is called ‘Party with Differences’, is now facing allegations that it has become a ‘One Man Show and Two Army Party’. That is, the BJP has left nothing but the pair of Narendra Modi and Amit Shah.

Ujjwala Yojana, Jan Dhan Yojana, Toilet Yojana, Pradhan Mantri Janarogya Yojana, and Mudra Yojana: Prime Minister Narendra Modi launched a bright scheme for the poor women. It was given free of cost for the LPG connections to those families living below the poverty line, whose women were forced to cook food on wood and other combustion for many years. Simultaneously, the money loan scheme without any guarantees helped people to start their own business. Pradhan Mantri Janarogya Yojana was also described as a very important step for the poor.

Foreign Visits and Meeting with the Heads of State: Prime Minister Narendra Modi will be known for his record number of foreign tours during his tenure. As per the information was given by the government, the PM has traveled to 84 countries from 2014 to 2018. 1484 crores spent on the journey of PM Simultaneously, photographs of PM getting a warm throat with foreign heads will be fresh in the minds of people for a long time.

The Supreme Court’s decision on the SC Act was overturned: The BJP used to persuade the Rajiv Gandhi government against the reversal of the Supreme Court verdict in the Shahbani case. However, the Modi government reversed the Supreme Court ruling over the SC / ST act. Apart from this, on the PM, on the various issues including three divorces, the ordinance was taken. They were charged that when the session was going on, the ordinance was brought in the dark and kept in the dark.

Rs 10 Lakh Suit: Who can forget PM Modi’s suit of 10 lakh rupees according to Congress? The PM wore this suit during a meeting with US President Barack Obama. There were long stripes on this suit in which the full name of Narendra Damodara Das Modi was written. This suit was quite public on social media. Later, it was purchased by Surat diamond businessman for Rs 4.31 crore. PM also talk about wearing the garment there in different parts of the country. PM Modi was quite selective about his clothes.

Well guys, How’s the Josh of all Modi Fans.

Give me a high five guys…