More than six decades have passed since, in April 1961, Yuri Alekseyevich Gagarin became the first human being to complete an orbit around the Earth. But since then, the interest in space has decreased significantly. And with it the funds destined for the investigation. Despite this, NASA is constantly making efforts to maintain interest in space exploration.

The last of these initiatives is a passage to Mars. While it is true that it is years before we reach our planetary neighbor, NASA is giving the public the opportunity to send their names (printed on a microchip) to the red planet. The names will go aboard the Mars 2020 rover scheduled to be launched in July 2020, and it is expected to land on Mars in February 2021.

The rover, a robotic scientist who weighs more than a ton, will look for signs of past microbial life, analyze the climate and geology of the planet, collect samples for the future return to Earth and pave the way for human exploration of the planet.

“As we prepare to launch this historic mission to Mars, we want everyone to share this journey of exploration – explains Thomas Zurbuchen, associate administrator of the Directorate of Scientific Missions (SMD) of NASA, in a statement -. It is an exciting time for NASA, as we embark on this journey to answer profound questions about our neighbor, and even the origins of life itself. “

The opportunity to send our name to Mars comes with a souvenir boarding pass and “frequent flyer” points. This is part of a public participation campaign to highlight the missions involved in NASA’s journey from the Moon to Mars. Miles (or kilometers) are awarded for each “flight”, with the corresponding digital mission patches available for download. More than 2 million names flew in the NASA InSight mission to Mars, giving each “traveler” approximately 300 million frequent flyer miles (nearly 500 million kilometers of frequent travelers).

From now until September 30, 2019, you can add your name to the list and obtain a souvenir boarding card for Mars.

In A New Study, Scientists Destroyed 10 ‘Forever Chemicals’ – Only... 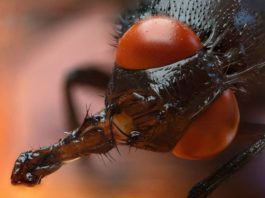 Tiny Mosquito Brains Can Solve Big Problems Just Like Humans – And “This... 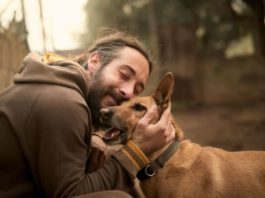 Whether It Is A Dog Or Wolf Can’t Understand People