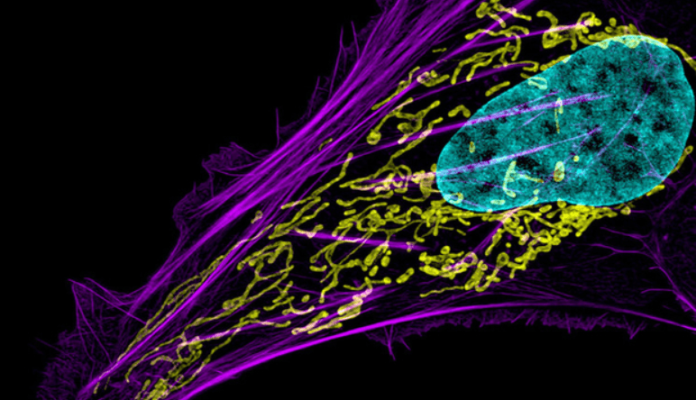 Finnish biologists have discovered the true cause of aging of mutator mice, in which DNA in the mitochondria mutate faster than usual. It turned out that the problem was not in the mitochondria themselves, but in the fact that they repair most of the nucleotides for fixing mutations. When there are not enough nucleotides in the nucleus, cells cannot divide, and this leads to premature aging of animals.

The mitochondrial theory of aging appeared in 1966. According to her, one of the main causes of aging is free radicals, which cause mutations in mitochondrial DNA. It is believed that as a result of the accumulation of these mutations, mitochondria cease to function fully, the cells lack energy for vital processes and this leads to aging – first of the cells, and then the body as a whole.

To simulate this situation, scientists brought out a special line of mice – they were called mutators, because they have mitochondrial mutations more often than usual. This is due to a defect in the polymerase, an enzyme that copies DNA in mitochondria. All polymerases with one or another frequency are mistaken – they substitute the wrong nucleotide in the chain under construction. However, the majority is able to detect and correct their mistakes in time. In mutator mice, the polymerase is defective, and its errors remain in the mitochondrial DNA in the form of mutations.

Riikka Hämäläinen and colleagues at the University of Eastern Finland suggested that mitochondrial and nuclear mutations are somehow related to each other – judging by the fact that mice that suffer from the accumulation of one or the other have similar symptoms. To understand this situation, they worked with a culture of induced pluripotent stem cells (that is, adult cells that were turned into germ cells) of mutator mice and compared it with a healthy cell culture.

Scientists have calculated the ratio of cells at different stages of the cell cycle and found that mutator stem cells are more often than usual in the phase of preparation for division or the very beginning of division. Researchers have suggested that for some reason the cells “get stuck” at the beginning of reproduction and cannot finish it.

Scientists stained stem cells to examine DNA damage, and saw that there were more markers of double-strand breaks in the mutator cells. In addition, the expression of enzymes that are responsible for repairing damage was increased in them. Thus, against the background of mitochondrial mutations, DNA in the nucleus also accumulated errors.

Researchers have suggested that cell division problems may arise due to a lack of nucleotides, the building block for DNA. They measured their concentration in the cells and found that there were really few in the nucleus, but many in the mitochondria. The addition of nucleotides from outside the mutator cells did not save: mitochondria take the majority of themselves.

To restore stem cells’ ability to share, scientists decided to block the copying of mitochondrial DNA. They forced cells to express the Tfam protein, which acts as a packer of mitochondrial DNA and makes it inaccessible to other enzymes. In the presence of Tfam, double-strand breaks in the stem cell nucleus became smaller.

Based on their data, the researchers reconstructed the following chain of events in mutator cells: polymerase is wrong, breakdowns accumulate in mitochondrial DNA, repair proteins require more nucleotides to work, the concentration of nucleotides decreases in the cytoplasm and nucleus, the cell cannot complete division, and also accumulate in nuclear DNA mutations. Thus, scientists propose linking the aging of mitochondria with the aging of nuclear DNA.

Via | The Journal Nature

NASA’s new mission is to put a 50 cm infrared telescope...

Curiosity proved the salinity of a dried lake on Mars