More
HomeBusinessB2BThe big mistake (and two hits) that analysts made in their predictions... 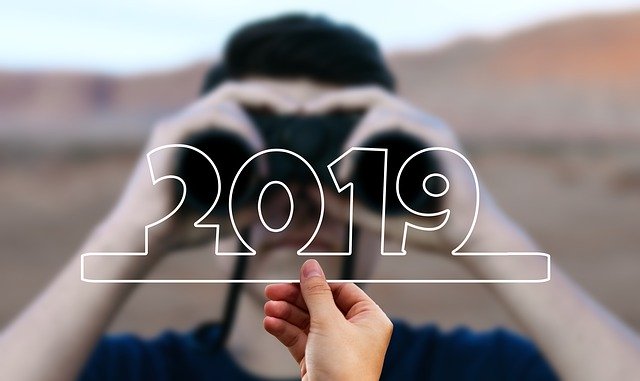 By this time a year ago, the big analytical houses thought, in the middle of the collapse of the markets and the fear of the slowdown that even the Bank of Japan would raise interest rates

Before launching to read analyst pools for 2020, it may be wise to look back at what they predicted for 2019. With markets closing the year in red and central banks babbling at the slowdown in the economy, investors said goodbye to 2018 with a heavy heart. In that environment, the predictions were many and varied; but, among the advances of the big houses of analysis stands out a blunder and two half hits.

The end of free money

The bluntest error of the analysts for 2019 was that they predicted a general tightening of the central banks’ monetary policy. Regulators planned to normalize their policy between 2018 and 2019 – an expectation that contributed to the rise in volatility in the fiscal year change, as investors, struck by the pessimism of the ‘profit warning’ or market anomalies, did not conceive a withdrawal of monetary support and its consequences.

Each house had its explanations to predict a monetary policy adjustment, with the Federal Reserve as the central bank of reference. “With the labor market narrowing and inflationary pressures gradually increasing, our base scenario is for the Federal Reserve to raise rates in December and three times more in 2019,” explained Goldman Sachs, who expected the price of money in the US to be at 3.15% -3.5% by the end of 2019.

JP Morgan, in turn, was shielded in improving wages and, therefore, inflation. “A moderate acceleration of wages will undoubtedly suppose an upward pressure on consumer prices. However, the recent rise in the US dollar and oil prices globally should keep inflation under control. Higher tariffs should, of course, add to inflation in the short term, but its depressive effect on the economy probably counteracts this, ”detailed the bank manager led by Jamie Dimon, who therefore predicted that inflation would remain at the 2% target.

Also, JP Morgan analysts were clear: “The Fed is likely to continue raising rates at the beginning of 2019, adding two more rises to summer halves to the range of 2.75-3%,” they settled. A few other central banks could join the Fed in the gradual tightening of monetary policy in 2019. The ECB will end the purchase of assets in January 2019 and should start raising rates in mid-2019. Other large central banks, such as the Bank of England and the Bank of Japan could be involved in some kind of modest hardening. ”The analysts of the US manager came to consider as a risk that the Fed “harden too much” monetary policy.

An argument similar to that of Morgan Stanley, which also relied on wage growth and tariff pressure, underlining that banks would focus on core inflation. His bet was overwhelming: “The Bank of Japan will end its policy of negative rates by surprise in the second quarter of 2019; the European Central Bank will pave the way to raise rates 15 basis points in October 2019; the Bank of England will tighten the policy more than expected,” he foresaw. “The Federal Reserve will raise rates in March and June, as the year begins committed to the normalization of the policy,” ended the bank manager led by James P. Gorman, who also underlined the imminent reduction in the balance of central banks in 2019.

Nothing is further from reality. The Bank of Japan and England spent 2019 drifting, with the British deliberately enrolling in interest rates because of Brexit. The European Central Bank, meanwhile, relaunched the asset purchase program in autumn until further notice, even lowering the deposit rates. In turn, the Federal Reserve undertook three interest rate drops.

Trump gives it to you and takes it away from you

They did not foresee a recession, but they did slow down – in addition to, on the other hand, tightening monetary policy. A scenario that, a priori, may seem difficult to navigate for equities, which came from a heartbreaking 2018. However, analysts opted for the stock market and they were right: the S&P 500 has once again savoured the highs, the European stock exchanges have matched the margin with the American one and even everything points to the Hong Kong index ending the year higher. All taking into account that the closing minimums of 2018 had left the valuations very low and that we also had to think about exceeding the maximums of 2018 (a year in which, by the way, the analysts failed to bet on the stock market).

The analysis houses relied on the growth of business profits, with BlackRock assuming that “the benefits of 2018 will not be repeated, but we are optimistic about equities,” which however recommended being selective with the portfolio. JP Morgan also explained that, although it seemed that profit growth was going to slow down in 2019, this trend “does not seem to stop”, with business income going up predictably in the year between double and single digits, “supporting the rising equity market ”. For the manager, the risk was in the pressure on the margins of the rate hike and, on the other hand, the trade relations between countries.

Apart from predicting the revival of equities, analysts were also right to focus on the trade war. However, it is also true that they focused more on analyzing the phenomenon as a downside risk than as a catalyst for investor optimism that would boost stock exchanges. It is also possible to clarify that they were little incisive in the issue of the commercial war compared to other more technical or macroeconomic analyzes. A phenomenon that makes some sense given the unpredictability of Donald Trump’s tweets.

Spoke to Saudi Arabia and others about increasing oil flow. All are in agreement. The California tax on gasoline is causing big problems on pricing for that state. Speak to your Governor about reducing. Economic numbers, 3.2% GDP for what is often worst quarter, looking good!

“The commercial issue is a less quantifiable risk – we believe that an escalation of the trade war with China could have a significant direct impact on the benefits of the Stock, and could lead to higher indirect costs depending on the extent of China’s response and the mitigating impact of the turmoil on investor confidence and the global economy, ”explained a year ago from JP Morgan. “However, we believe that the US and China will avoid an escalation beyond the increase of tariffs of 200,000 million dollars in Chinese goods, prepared for January 1.” Little did analysts know that many more sets of tariffs would arrive.