A rapidly spinning ‘Vampire star’ that absorbs material from its companion 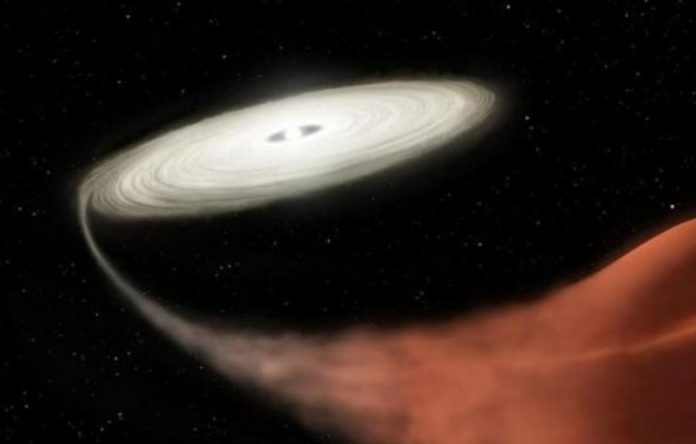 A vampire star that has a spin period of 24.9328(38)s and regularly eating mass of a companion.

This is a significantly shorter time than the several hours or days that it would take for an ‘ordinary’ white dwarf to complete one complete rotation of the Earth. As a result, it is the quickest stellar rotation that has been observed to date. This does not include unusual things like neutron stars or black holes, which are excluded from the list.

When a star with less than ten solar masses runs out of nuclear fuel and aggressively expels its outer layers into space, it becomes a white dwarf. It is, in reality, one of the stages in the evolution of a star system. One that will, by the way, pass through the great majority of known stars, including the Sun. White dwarfs, along with red dwarfs, are the most common stars in the Universe, which is unsurprising.

Its name is LAMOST J0240 + 1952, and it’s in the constellation of Aries. It’s part of a binary system (two stars orbiting each other). It’s almost the same size as the Earth, but denser, implying that it’s nearly as large as the Sun. Its gravitational force is so strong that if we dropped a stone from a few metres above it, it would smash against the surface at thousands of kilometers per hour.

And the ‘reason’ for this rapid rotation is his partner, a much older red dwarf who rotates about him and is being ‘vampirized’ by his small sister.

The white dwarf’s strong gravity is taking material from the other star, and the ‘stolen’ gas that falls on it causes it to spin faster and faster, much to how falling water spins. the mill’s wheel

The finding was made on August 7 during the night. The white dwarf’s rapid spin was discovered by astronomer Ingrid Pelisoli of the University of Warwick and her colleagues when they discovered a flash of light that occurred every 24.93 seconds.

By the way, this is a 5-second improvement over the previous record-breaking rotation time.

The study was published on the Cornell University server arXiv.

You were reading: A rapidly spinning ‘Vampire star’ that absorbs material from its companion